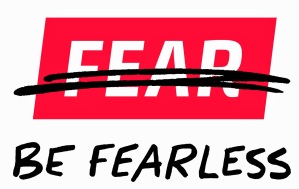 Am I astonished or afraid?

Those who simply follow get afraid. Perhaps they were more curious than committed. Jesus wants commitment.

Those who are his disciples and following the new plan are astonished. The were committed to Jesus.

Two groups seeing the same thing have polar opposite reactions. What is our reaction?

His peace drives out fear all together. Jesus is leading us. Jesus knew what was going to happen. He let it be plain to His followers.

Jesus gave them hope. Jesus promised he would rise from the dead. This was good news.

Jesus delivered on his promise. We can count on his word. God is great. Everything is possible with God. He delivered Jesus, his son, from death.

They were on their way up to Jerusalem, with Jesus leading the way, and the disciples were astonished, while those who followed were afraid. Again he took the Twelve aside and told them what was going to happen to him. “We are going up to Jerusalem,” he said, “and the Son of Man will be betrayed to the chief priests and teachers of the law. They will condemn him to death and will hand him over to the Gentiles, who will mock him and spit on him, flog him and kill him. Three days later he will rise.