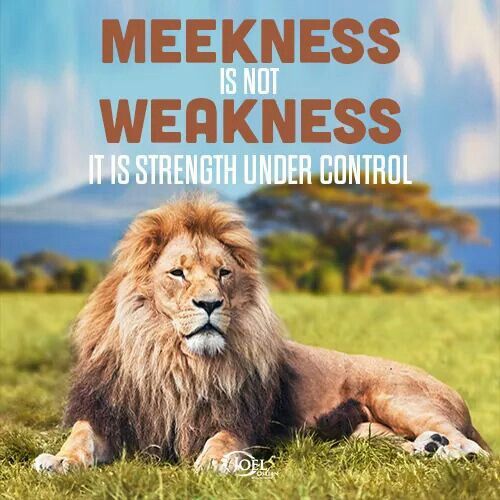 Jesus is clear that I will be more than happy if I am meek and gentle. I will in fact inherit the earth according to the “Jesus Manifesto”.

According to our dictionary, to be meek means you are “showing patience and humility, gentleness … easily imposed upon, submissive”. The meek one doesn’t throw fits or fly off the handle under pressure. A good synonym is “gentle”. A meek person is under control.

Jesus challenges me to learn from Him. Jesus is gentle. Jesus is humble. Jesus shows me how to have compassion and love.

Matthew 11:29  — “Take My yoke upon you and learn from Me, for I am gentle and humble in heart, and you will find rest for your souls.”

Meekness is not weakness; it is power under control. As the writer of Proverbs says, “He who is slow to anger is better than the mighty, and he who rules his spirit, than he who captures a city” (16:32). In contrast, the individual who is not gentle is likened to “a city that is broken into and without walls” (Proverbs 25:28). Gentleness always uses its resources appropriately, unlike the out-of-control emotions that so often are destructive and have no place in your life as a believer.

And don’t equate gentleness with cowardice, lack of conviction, or mere human niceness. It’s a virtue that draws courage, strength, conviction, and a good disposition from God, not from self-centered human resources. Jesus clearly could show His displeasure. Imagine being a merchant in the temple getting whipped and chased out. Imagine being a religious leader and getting called a snake.

Jesus is not Mr. Rogers with a beard!

Paul encourages me to learn from the example of Jesus. I must spend as much time as I can reading what Jesus says, thinking about it, listening to Jesus. Jesus is my example of meekness and gentleness.

2 Corinthians 10:1  — 1 Now I, Paul, myself urge you by the meekness and gentleness of the Messiah—I who am meek when face to face with you, but bold toward you when absent!

Jesus is the Messiah, the anointed King. Jesus could have entered Jerusalem on a stallion with legions of angels to establish His Kingdom. That was not what God had in mind. Jesus enters on a donkey. The prophet Zechariah wrote: “Behold, your king comes to you, triumphant and victorious. He is humble and riding on an ass, on a colt the foal of an ass.” (Zech 9:9)

Jesus’ purpose in riding into Jerusalem was to make public His claim to be their Messiah and King of Israel in fulfillment of Old Testament prophecy. Jesus rides into His capital city as a conquering King and is hailed by the people as such, in the manner of the day. The streets of Jerusalem, the royal city, are open to Him, and like a king He ascends to His palace, not a temporal palace but the spiritual palace that is the temple, because His is a spiritual kingdom. He receives the worship and praise of the people because only He deserves it. He does it on a donkey, not a stallion!

No longer does He tell His disciples to be quiet about Him (Matthew 12:16, 16:20) but to shout His praises and worship Him openly. The spreading of cloaks was an act of homage for royalty (see 2 Kings 9:13). Jesus was openly declaring to the people that He was their King and the Messiah they had been waiting for. He does it on a donkey, not a stallion!

Matthew 21:5  — “Say to the daughter of Zion, ‘Behold your King is coming to you, Gentle, and mounted on a donkey, Even on a colt, the foal of a beast of burden.’ ”

Jesus humbly and gently accepted that He would die for our missing God’s goal (aka sin) and be raised again. He stood silently before His accusers. He did not open His mouth.

Mark 14:61  — But He kept silent and did not answer. Again the high priest was questioning Him, and saying to Him, “Are You the the Messiah, the Son of the Blessed One?”

Gentleness characterizes our Lord Jesus Christ. He always defended God’s glory and ultimately gave Himself in sacrifice for others (see 1 Peter 2:21-23). Jesus didn’t lash back when criticized, slandered, or treated unjustly, but He did respond fittingly and firmly when God’s honor was profaned or His truth was perverted or neglected. He twice cleansed the Temple by force (Matthew 21:12-17; John 2:14-15), and He repeatedly and fearlessly denounced the hypocrisy of the Jewish religious leaders (Matthew 23:13-36; Mark 12:13-40; John 8:12-59; 9:39-41).

When His time of suffering came, however, Jesus submitted to the will of His Father and endured the abuse and murderous intentions of the hypocritical leaders. He demonstrated meekness to the very end.

1 Peter 2:23  — While being reviled, He did not revile in return; while suffering, He uttered no threats, but kept entrusting Himself to Him who judges righteously.

Jesus shows me, even on the cross, that He can ask His Father to forgive them. What a stunning show of humility and gentleness.

Luke 23:34  — 34 But Jesus was saying, “Father, forgive them; for they do not know what they are doing.” And they cast lots, dividing up His garments among themselves. 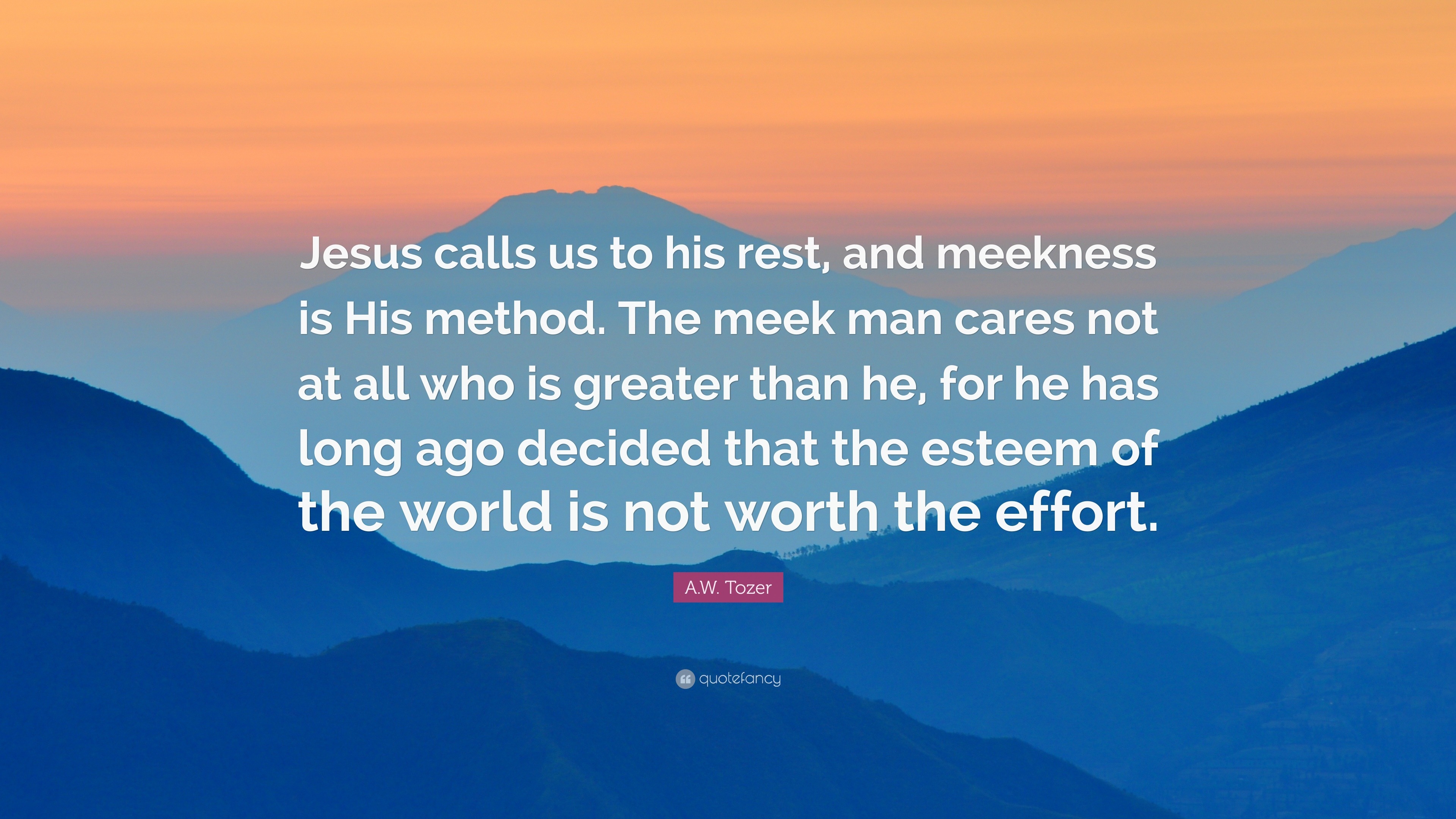 4 thoughts on “Meekness — Examples in the life of Jesus”