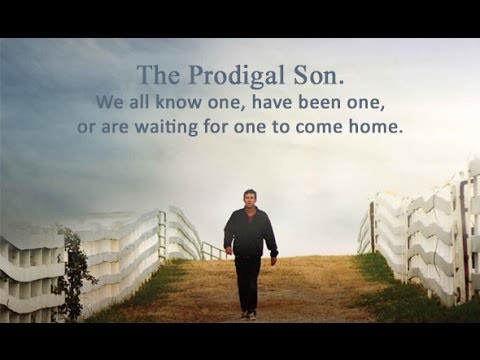 There is good news, for all of us. Jesus has a heart for the lost and those who have missed God’s goal (aka sinners). Jesus told this story because all the tax collectors and the sinners were coming near Him to listen to Him. The elitists and religious leaders (Pharisees and the scribes) began to grumble, saying, “This man receives sinners and eats with them.”

Jesus told them three stories (parables) to explain things. Jesus is serious about the mission that God has given Him. It is to find and redeem miserable “sinners” like me.

Jesus did a “high five” when I came home. Jesus is the “patient father”. I was dead in my sins and completely lost. I wasted my inheritance as a son of God.

I am so grateful I have been let back in the family. I didn’t deserve it but Jesus loves me.

Yes, there is good news and Jesus is celebrating. The redemption of each lost soul is precious.

“All this time his older son was out in the field. When the day’s work was done he came in. As he approached the house, he heard the music and dancing. Calling over one of the houseboys, he asked what was going on. He told him, ‘Your brother came home. Your father has ordered a feast—barbecued beef!—because he has him home safe and sound.’

“The older brother stalked off in an angry sulk and refused to join in. His father came out and tried to talk to him, but he wouldn’t listen. The son said, ‘Look how many years I’ve stayed here serving you, never giving you one moment of grief, but have you ever thrown a party for me and my friends? Then this son of yours who has thrown away your money on whores shows up and you go all out with a feast!’

“His father said, ‘Son, you don’t understand. You’re with me all the time, and everything that is mine is yours—but this is a wonderful time, and we had to celebrate. This brother of yours was dead, and he’s alive! He was lost, and he’s found!’” | Luke 15:25-32 (The Message Bible)

The main character in this story is the forgiving father, whose character remains constant throughout the story, is a picture of God. In telling the story, Jesus identifies Himself with God in His loving attitude to the lost.

The major theme of this parable seems not to be so much the conversion of the sinner, as in the previous two parables of Luke 15, but rather the restoration of a believer into fellowship with the Father. In the first two parables, the owner went out to look for what was lost (Luke 15:1-10), whereas in this story the father waits and watches eagerly for his son’s return.

We see a progression through the three parables from the relationship of one in a hundred (Luke 15:1-7), to one in ten (Luke 15:8-10), to one in one (Luke 15:11-32), demonstrating God’s love for each individual and His personal attentiveness towards all humanity.

We see in this story the graciousness of the father overshadowing the sinfulness of the son, as it is the memory of the father’s goodness that brings the prodigal son to repentance. “Or do you think lightly of the riches of His kindness and tolerance and patience, not knowing that the kindness of God leads you to repentance?” (Romans 2:4).