Pilate gets it right. Jesus is King. God has anointed Him, as the Messiah, as King of God’s country. Most of the Hebrews refused to acknowledge this.

I am face to face with Jesus. Is He my King? What do I say? God is waiting for an answer.

Yes, yes and YES! Jesus is my King. All hail the power of Jesus name. I bow before Him and await His orders.

At this, Pilate tried his best to pardon him, but the Jews shouted him down: “If you pardon this man, you’re no friend of Caesar’s. Anyone setting himself up as ‘king’ defies Caesar.”

When Pilate heard those words, he led Jesus outside. He sat down at the judgment seat in the area designated Stone Court (in Hebrew, Gabbatha). It was the preparation day for Passover. The hour was noon. Pilate said to the Jews, “Here is your king.”

They shouted back, “Kill him! Kill him! Crucify him!”

Pilate said, “I am to crucify your king?”

The high priests answered, “We have no king except Caesar.”

The kingdom of God has several aspects. The Master is the Sovereign of the universe, and so in that sense His kingdom is universal (1 Timothy 6:15). At the same time, the kingdom of God involves repentance and the new birth, as God rules in the hearts of His children in this world in preparation for the next. The work begun on earth will find its consummation in heaven (see Philippians 1:6).

Before Jesus was interrogated by Pilate, Jesus made this clear: 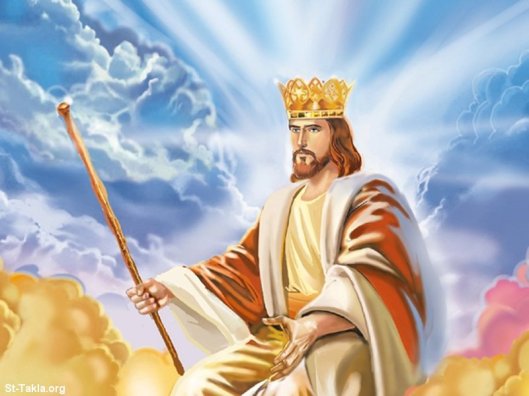 Jesus is in charge

3 thoughts on ““Here is your king.” ~Pilate about Jesus”