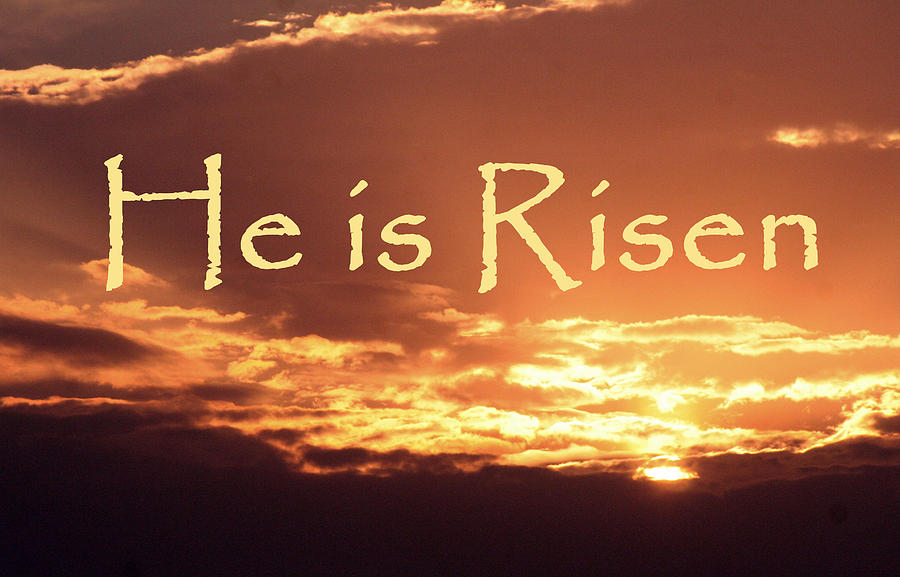 Here we are. It is “Resurrection Sunday”. I’m celebrating the resurrection of Jesus not bunnies and chocolate candy. That’s just me though.

Jesus died for us and on the third day after He was buried Jesus was raised from the dead to an incorruptible body.

What is the good news?

Again Jesus said, “Peace be with you! As the Father has sent me, I am sending you.” And with that he breathed on them and said, “Receive the Holy Spirit. If you forgive anyone’s sins, their sins are forgiven; if you do not forgive them, they are not forgiven.

Jesus said to them, “This is what I told you while I was still with you: Everything must be fulfilled that is written about me in the Law of Moses, the Prophets and the Psalms.”

Then he opened their minds so they could understand the Scriptures. He told them, “This is what is written: The Messiah will suffer and rise from the dead on the third day, and repentance for the forgiveness of sins will be preached in his name to all nations, beginning at Jerusalem. You are witnesses of these things. | Luke 24:44-48

But God, being rich in mercy, because of His great love with which He loved us,  even when we were dead in our transgressions, made us alive together with the Messiah (by grace you have been saved), and raised us up with Him, and seated us with Him in the heavenly places in the Messiah Jesus, so that in the ages to come He might show the surpassing riches of His grace in kindness toward us in the Messiah Jesus. | Ephesians 2:4–7 (NASB)

2 thoughts on “It is “Resurrection Sunday”! He is risen!”