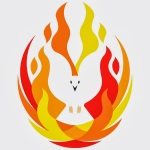 Maybe being joyful not just for kooks.

We seem a little reluctant to talk about the joyful and ecstatic experience. Is that for mystics and weirdo’s?

And the disciples were continually filled with joy and with the Holy Spirit. | Acts 13:52

Ecstasy in response to Jesus the Messiah: The Greek word “ecstasy” (ἔκστασις, ekstasis) means “standing outside of” and refers to the experience of having the mind cut off from ordinary sense perceptions. These experiences are often referred to as mystical or ecstatic experiences.

Does Jesus amaze me? Am I stunned by His beauty and brilliance? Am I rejoicing greatly in the Holy Spirit? Here are some examples of “crazy love” experiences.

The author of Acts recounts Paul’s ecstatic experience on the road to Damascus (Acts 9). This passage is permeated by Old Testament. For example, like Ezekiel, Paul spontaneously experiences a vision of light and, like Elijah, hears a divine voice (Acts 9:3–4).

Paul’s companions are able to hear the divine voice, although they cannot see the divine light (Acts 9:7). These parallels suggest that Acts 9 is a literary interpretation of Paul’s experience rather than an independent witness to the event.

They also suggest that Paul interpreted something he experienced in an ecstatic vision as the risen Messiah.

The Holy Spirit was giving witness to the six Jews who were present that these Gentiles were truly born again. After all, these men had not seen the vision with Peter and come to understand that the Gentiles were now on an equal footing with the Jews. This was an event parallel to Pentecost: the same Spirit who had come on the Jewish believers had now come on the Gentiles. No wonder the men were astonished!

With this event, the period of transition in the early history of the church comes to an end. Believers among the Jews, Samaritans, and Gentiles have all received the Spirit of God and are united in the body of the Messiah.

These Gentiles were not saved by being baptized; they were baptized because they gave evidence of being saved. Sinners have always been saved by faith; that is one principle God has never changed. But God does change His methods of operation, and this is clearly seen in Acts 1–10. The experience of Cornelius and his household makes it very clear that baptism is not essential for salvation. From now on, the order will be: hear the Word, believe on the Messiah, and receive the Spirit, and then be baptized and unite with other believers in the church to serve and worship God.

Peter tarried in Caesarea and helped to ground these new believers in the truth of the Word. Perhaps Philip assisted him. This entire experience is an illustration of the commission of Matthew 28:19–20. Peter went where God sent him and made disciples (“teach”) of the Gentiles. Then he baptized them and taught them the Word.

That same commission applies to the disciples today. Are we fulfilling it as we should?

3 thoughts on ““And the disciples were continually filled with joy and with the Holy Spirit.” ~Luke”