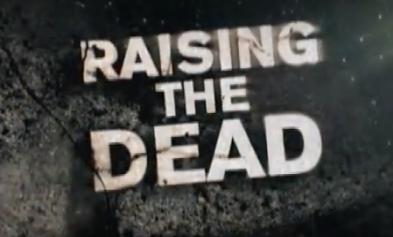 Why it matters: There are a number of examples of this stunning miracle in the Bible. Notably, 3 are attributed to Jesus. This is the pinnacle of the miracles Jesus would perform under the power of the Holy Spirit as the Son of God. They culminated in the resurrection of Lazarus who had been dead for 4 days.

In John 12 we learn the effect this had on those who knew Lazarus. “The large crowd of the Jews then learned that Jesus was there; and they came, not for Jesus’ sake only, but that they might also see Lazarus, whom He raised from the dead. But the chief priests planned to put Lazarus to death also; because on account of him many of the Jews were going away and were believing in Jesus.”

And He came up and touched the coffin; and the bearers came to a halt. And He said, “Young man, I say to you, arise!” The dead man sat up and began to speak. And Jesus gave him back to his mother. Luke 7:14–15 (NASB)

The widow of Nain’s son. This was not planned. Jesus just stumbled into the situation. This is the first of the resurrections that Jesus performed. As the Lord approached the town of Nain, He met a funeral procession leaving the city. In the coffin was a young man, the only son of a widow. When Jesus saw the procession, “his heart went out to [the woman] and he said, ‘Don’t cry’” (verse 13). Jesus came close and touched the coffin and spoke to the dead man: “Young man, I say to you, get up!” (verse 14). Obeying the divine order, “the dead man sat up and began to talk” (verse 15). And thus Jesus turned the funeral into a praise and worship service: “God has come to help his people,” the people said (verse 16).

But when the crowd had been sent out, He entered and took her by the hand, and the girl got up. Matthew 9:25 (NASB)

Jairus’ daughter. Jesus also showed His power over death by raising the young daughter of Jairus, a synagogue leader. The Lord was surrounded by crowds when Jairus came to Him, begging Him to visit his house and heal his dying twelve-year-old daughter (verses 41–42). Jesus began to follow Jarius home, but on the way a member of Jarius’ household approached them with the sad news that Jairus’ daughter had died. Jesus turned to Jarius with words of hope: “Don’t be afraid; just believe, and she will be healed” (verse 50). Upon arriving at Jarius’ house, Jesus took the girl’s parents, Peter, James, and John and entered the room where the body lay. There, “he took her by the hand and said, ‘My child, get up!’ Her spirit returned, and at once she stood up” (verses 54–55). Jesus and His disciples then left the resurrected girl with her astonished parents.

When He had said these things, He cried out with a loud voice, “Lazarus, come forth.” The man who had died came forth, bound hand and foot with wrappings, and his face was wrapped around with a cloth. Jesus said to them, “Unbind him, and let him go.” John 11:43–44 (NASB)

Lazarus of Bethany. The third person that Jesus raised from the dead was His friend Lazarus. Word had come to Jesus that Lazarus was ill, but Jesus did not go to Bethany to heal him. Instead, He told His disciples, “This sickness will not end in death. No, it is for God’s glory so that God’s Son may be glorified through it” (verse 4). A couple days later, Jesus told His disciples that Lazarus had died, but He promised a resurrection: “I am going there to wake him up” (verse 11).

When Jesus reached Bethany, four days after Lazarus’ death, Lazarus’ grieving sisters both greeted Jesus with the same words: “Lord, if you had been here, my brother would not have died” . Jesus, speaking to Martha, promised to raise Lazarus from the dead  and proclaimed Himself to be “the resurrection and the life”. Jesus asked to see the grave. When He got to the place, He commanded the stone to be rolled away from the tomb, and He prayed  and “called in a loud voice, ‘Lazarus, come out!’”. Just as Jesus had promised, “the dead man came out”. The result of this miracle was that God was glorified and “many of the Jews who had come to visit Mary, and had seen what Jesus did, believed in him”. Others, however, refused to believe in Jesus and plotted to destroy both Jesus and Lazarus.

Worth noting: Lazarus died twice; Jesus rose, nevermore to die. In this way, He is “the firstfruits of those who have fallen asleep” (1 Corinthians 15:20). Jesus’ resurrection justifies us (Romans 4:25) and ensures our eternal life: “Because I live, you also will live” (John 14:19).

The bottom line: Jesus knows the power of God and the Holy Spirit. Here are more resurrections in the New Testament. There is more. It wasn’t just Jesus who performed the miracles.

12 thoughts on “Miracles of Jesus raising the dead!”