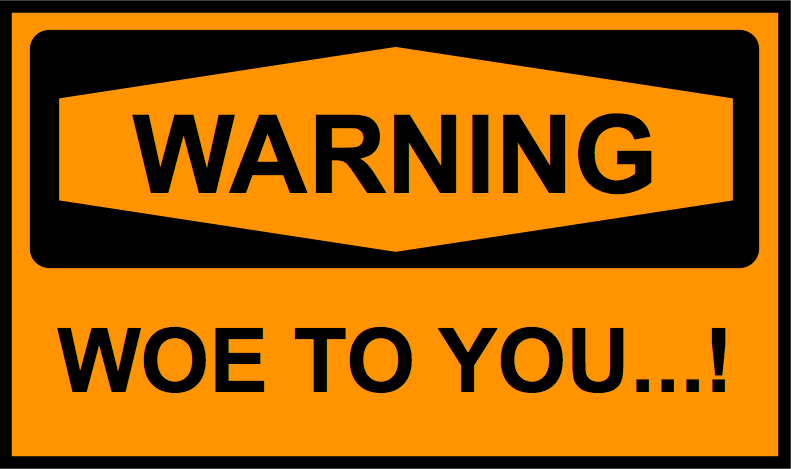 Religious legalism is abhorrent to God. That isn’t what Jesus shows us to focus on.

We are warned. Are we a fraud? Being religious isn’t what Jesus is after. Jesus is clear. God commands obedience to the goal of love. That is the mission.

Here is what Jesus thinks.

Why do you use your rules to play fast and loose with God’s commands? God clearly says, ‘Respect your father and mother,’ and, ‘Anyone denouncing father or mother should be killed.’ But you weasel around that by saying, ‘Whoever wants to, can say to father and mother, What I owed to you I’ve given to God.’ That can hardly be called respecting a parent. You cancel God’s command by your rules. Frauds! [hypocrites] ~Jesus | Matthew 15:1-9 (The Message Bible)

What is God’s command? Following a silly rule or actually loving? It isn’t about religious rules that lead away from love. It is about real love.

Jesus shows me the way. I am a slave of Jesus. As my Master, Jesus teaches me how to love. God gives me the Holy Spirit and all the fruits of the Spirit.

Why is Jesus so upset with the religious elites that He says “Woe unto you”?

Jesus has a lot to say about the dangers of legalism and religious elites. This long but Jesus devoted a lot of time to it. It is worth reading and understanding. Is Jesus speaking to me? Does the shoe fit? I pray not but I need to be careful!

Can we call a spade a spade, and can we face up to the facts? Let’s look at all seven statements.

Woe unto you, scribes and Pharisees, hypocrites! for you devour widows’ houses, and for a pretense make long prayer: therefore you shall receive the greater damnation. (Matthew 23:14)

They pray in public. But they don’t pray when they are in the privacy of their own homes. Religious leaders who selfishly take advantage of others are obviously not practicing the teachings of Jesus the Messiah. “The greater damnation” means that they themselves are heading for the second death, while the people to whom they “shut up the kingdom of heaven” will be heading for the second resurrection. That’s what “greater damnation” in this context refers to: the second death versus the second resurrection.

Woe unto you, scribes and Pharisees, hypocrites! for you compass sea and land to make one proselyte, and when he is made, you make him twofold more the child of hell than yourselves. (Matthew 23:15)

So here is what Jesus the Messiah was saying:

When you put out enormous efforts to make converts by teaching things that you actually know are not true, then those converts become the children of the lake of fire even more strongly than you yourselves. In this verse the association between the expression “woe unto you” and the lake of fire is indisputable.

The lessons for us here are:

Anyone who sets himself up as a teacher of God’s truths, and who knowingly refuses to teach what is right and true on one or more issues, who knowingly teaches traditions or the teachings of men instead, that person is also a child of the lake of fire. And on top of that anyone who teaches heresies to God’s people is leading other people to the lake of fire “twofold more”.

Today there are a staggering number of people heading for the lake of fire, if we accept the validity of Jesus the Messiah’s admonitions here in Matthew chapter 23! Let’s stop beating around the bush and tell it like it is.

Woe unto you, scribes and Pharisees, hypocrites! for you pay tithe of mint and anise and cummin, and have omitted the weightier matters of the law, judgment, mercy, and faith: these ought you to have done, and not to leave the other undone. (Matthew 23:23)

The Pharisees were super-picky on the smallest of issues, something that is documented many hundreds of times in the Talmud (i.e. they “strained at a gnat”), and at the same time they treated the real issues with disdain (i.e. they would “swallow a camel”). In this verse Jesus the Messiah highlighted the extreme hypocrisy of those religious teachers. God will never condone hypocrisy, and hypocrisy is one of the worst forms of lying. And “all liars” are heading for the second death (see Revelation 21:8).

Woe unto you, scribes and Pharisees, hypocrites! for you make clean the outside of the cup and of the platter, but within they are full of extortion and excess. (Matthew 23:25)

The Pharisees took great pains to look very devout and righteous. But they were hypocrites, constantly rationalizing any number of things that violated God’s laws. Their private lives were “full of extortion and excess”. This point is basically repeated in the next Scripture.

Once again, the “woe unto you” expression refers to the fact that these people were heading for the lake of fire.

Woe unto you, scribes and Pharisees, hypocrites! for you are like unto whitened sepulchers, which indeed appear beautiful outward, but are within full of dead men’s bones, and of all uncleanness. (Matthew 23:27)

Woe unto you, scribes and Pharisees, hypocrites! because you build the tombs of the prophets, and garnish the sepulchers of the righteous, (Matthew 23:29)

The Pharisees were extremely self-righteous, quick to condemn other people, and equally quick to justify themselves.

Those are the seven places in this chapter where the Pharisees are addressed directly by Jesus the Messiah. One more “woe unto you” statement in this context is also addressed to the scribes and Pharisees, but without naming them directly and without calling them hypocrites. That is verse 16.

This is obviously also still speaking to the scribes and Pharisees, who are identified before and after this verse. By calling them “blind guides” Jesus the Messiah was saying that the Pharisees had no real understanding at all. They were spiritually clueless. And they were motivated by and impressed by monetary value, by tangible wealth. Money meant a lot to those elites, as was also already indicated by them “devouring widows’ houses” (see verse 14). Once again this is something that leads to the lake of fire.

That’s all for the “woe unto you” statements in Matthew 23. But then before concluding this particular occasion Jesus the Messiah added one more indictment for the elites.

You serpents, you generation of vipers, how can you escape the damnation of hell? (Matthew 23:33)

Here the expression “the damnation of hell” stands for the Greek text “tes kriseos tes geennes”. This Greek text literally means “… (escape from) the judgment of Gehenna (i.e. the lake of fire)”.

Now when Jesus the Messiah Himself asks the question: just “how do you think that you will escape the judgment of the lake of fire?”, then it clearly means that the people He was speaking about will not escape that judgment! So in the concluding statement of this section about the religious elites (scribes and Pharisees) Jesus the Messiah once more makes clear that those religious leaders would end up in the lake of fire!

Next, Jesus the Messiah was not resorting to name-calling by throwing out offensive terms. When the Messiah used two different words to reference snakes (i.e. “serpents” and “vipers”), then He was spelling out specific information about these false religious teachers. The word “serpents” refers to these false religious leaders poisoning the minds of people, in the same way that snakes poison their victims. And in the same way that snake poison paralyzes its victims, so the false teachings paralyze the minds of people who look up to these false teachers.

The expression “generation of vipers” is a translation of the Greek expression “gennemata echidnon”. The Greek word “gennema” is translated five times as “fruit” and four times as “generation“. This noun has been formed from the verb “gennao”, which means “to beget, to be born”. Applied to the produce of the earth, this noun means “fruit”, something the earth has produced.

The Greek expression “gennemata echidnon” refers to “that which has been born of vipers“.

I am mentioning these things because in our common usage the word “generation” is frequently used to refer to people who are contemporaries, i.e. they make up “a generation”. But that is not at all the meaning Jesus the Messiah had in mind when He used this expression “generation of vipers”.

The translation “generation of vipers” would label a whole generation, which would have included far, far more people than just the elites, as “snakes”. By contrast, translating this as “fruit of vipers” refers to the origin of the people about whom Jesus the Messiah was speaking, the origin of the scribes and Pharisees. “Fruit of vipers” refers to these scribes and Pharisees having come from “vipers”, i.e. from Satan. This is simply another way of stating Jesus the Messiah’s blunt statement “you are of your father the devil” in John 8:44.

So with these two expressions “serpents” and “generation of vipers” Jesus the Messiah was referencing first the effect these false teachers have on people (i.e. poisoning their minds), and secondly the origin of the poison these teachers were spreading, Satan being that original source. Their teachings glaringly declare the ideas of Satan.

The correct meaning of Matthew 23:33 is:

You serpents, you fruit of vipers, how can you escape the judgment of the lake of fire?

Let’s not overlook that it was Jesus the Messiah Himself who brought up the lake of fire as the penalty those Pharisees would incur, and who identified them as “serpents” and as “the fruit of vipers”. It wasn’t some fanatical wild-eyed fire-and-brimstone preacher who stated that these Pharisees would not escape from the lake of fire. It was Jesus the Messiah who said that.

This statement in Matthew 23:33 also makes clear that all seven of Jesus the Messiah’s “woe unto you” statements were likewise references to the lake of fire. That is what the whole chapter is about … seven different things, all of which lead religious leaders to the lake of fire. And we should also recognize that all seven are different examples of hypocrisy, because every one of those statements is prefaced with the word “hypocrites”.

3 thoughts on “Danger! Warning! Is our legalism causing us to be religious frauds?”