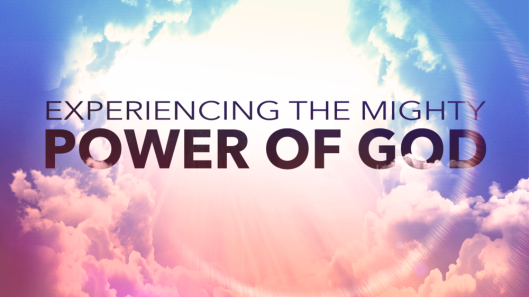 Yeshua [Jesus] is wired with the power of God. God’s energy flows through Jesus continuously. So much so, when a sick woman touches His robe, the energy flows out. Her faith in Jesus brought about her healing. She believed Jesus could and would do it. All she need to do was touch his robe.

What happens? She is healed instantly. Jesus senses this has happened. He knows it is an act of faith. We have the same Holy Spirit in us. Are we in tune with His power, His energy?

We can be. God is in a good mood. He wants to heal us. He wants us to believe.

Now a woman suffering from bleeding for twelve years had endured much under many doctors. She had spent everything she had and was not helped at all. On the contrary, she became worse. Having heard about Yeshua [Jesus], she came up behind him in the crowd and touched his clothing. For she said, “If I just touch his clothes, I’ll be made well.” Instantly her flow of blood ceased, and she sensed in her body that she was healed of her affliction.

At once Jesus realized in himself that power had gone out from him. He turned around in the crowd and said, “Who touched my clothes?”

His disciples said to him, “You see the crowd pressing against you, and yet you say, ‘Who touched me?’”

But he was looking around to see who had done this. The woman, with fear and trembling, knowing what had happened to her, came and fell down before him, and told him the whole truth. “Daughter,” he said to her, “your faith has saved you. Go in peace and be healed from your affliction.” | Mark 5:25-34 (CSB)

Jesus is in a healing mood. That is some very good news.

3 thoughts on “Does Jesus like to heal people? Can we experience the mighty power of God?”