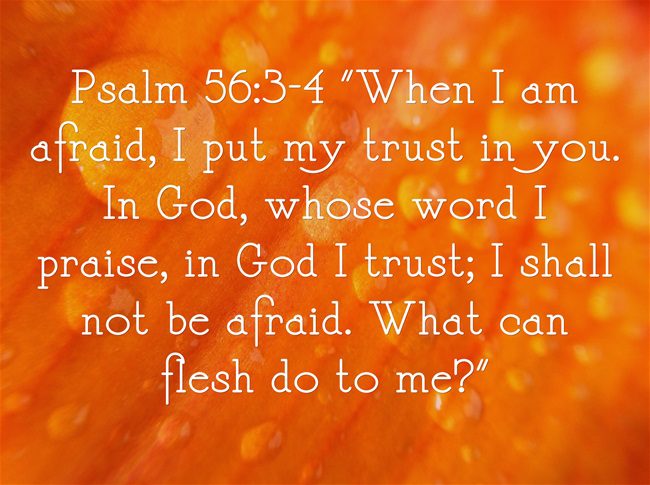 Nothing is impossible with God. Do we have confidence in Him? Do we know, deep in our inner being, that He loves us and won’t leave us behind?

God’s goal for us is the have faith in Him and to have courage. We can, because we know that God loves us.

When there is a crisis in our lives, and they do come, our confidence must be in Him.

Our courage is with Him. He can, with a word, reverse the crisis.

He replied, “You of little faith, why are you so afraid?” ~Jesus

May we trust Him and have His courage. May we be as Abraham was, obeying God and having courage forged by faith.