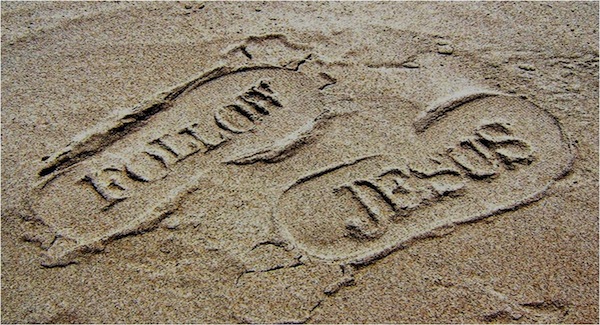 Am I a Christian, a follower or a disciple of Jesus? I need to think this through. It is an important question. I think it is fine to use the term Christian. I am concerned that it is confusing to non-believers. That is why I personally favor other terms like disciple or follower.

I am a slave to Jesus. Jesus is my King and Master. Now that is some good news. I have been freed from being a slave to missing God’s goal for my life (aka sin).

Jesus used the term disciple but never Christian. The first instance of the word Christian is found in the book of Acts: “The disciples were first called Christians in Antioch” (Acts 11:26).

Jesus was quite explicit about the cost of our following Him. Discipleship requires that we have a totally committed life:

“Any of you who does not give up everything he has cannot be my disciple” (Luke 14:33).

“Jesus said to his disciples, ‘If anyone would come after me, he must deny himself and take up his cross and follow me” (Matthew 16:24).

Jesus is our Master. We are His slaves. That is the demand of discipleship.

Not all of Jesus’ followers were able to make such a commitment. There were many who left Jesus after a while.

“From this time many of his disciples turned back and no longer followed him” (John 6:66).

As disciples, are we learning from Jesus? The Greek term for “disciple” in the New Testament is mathetes, which means more than just “student” or “learner.” A disciple is a “follower,” someone who adheres completely to the teachings of another, making them his rule of life and conduct. The Pharisees prided themselves in being disciples of Moses.

Jesus’ followers were called “disciples” long before they were ever called “Christians.” Their discipleship began with Jesus’ call and required them to exercise their will to follow Him. Jesus demanded they become slaves of the Master (aka Owner). This isn’t optional even though it sounds repugnant.

2 thoughts on “Are we disciples of Jesus? Are we learning?”