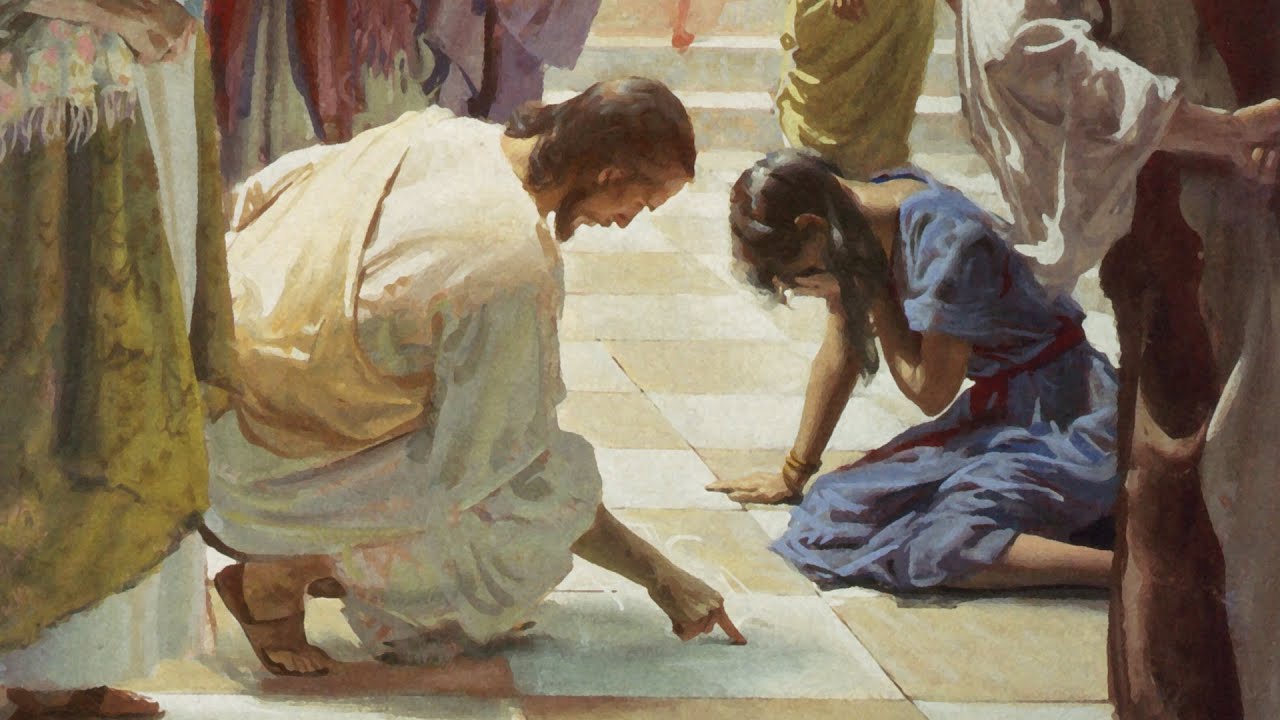 Jesus challenges us. Are we “sinless”? If so, we get to throw the first stone.

Are we wrong about mercy? Do we get to throw the first stone? Are we good with mercy and compassion?

The religion scholars and Pharisees led in a woman who had been caught in an act of adultery. They stood her in plain sight of everyone and said, “Teacher, this woman was caught red-handed in the act of adultery. Moses, in the Law, gives orders to stone such persons. What do you say?” They were trying to trap him into saying something incriminating so they could bring charges against him.

And as they continued to ask him, he stood up and said to them, “Let him who is without sin among you be the first to throw a stone at her.” And once more he bent down and wrote on the ground. But when they heard it, they went away one by one, beginning with the older ones, and Jesus was left alone with the woman standing before him. Jesus stood up and said to her, “Woman, where are they? Has no one condemned you?” She said, “No one, Master [Lord].” And Jesus said, “Neither do I condemn you; go, and from now on sin no more.

Is the story of the woman taken in adultery a part of Scripture? If it is, where does it belong in the Gospel record? John 7:53–8:11 is not found in some of the ancient manuscripts; where it is found, it is not always in this location in John’s Gospel. Many  scholars seem to agree that the passage is a part of inspired Scripture (“a fragment of authentic Gospel material,” says Dr. F.F. Bruce) regardless of where it is placed.

Adultery is a problem for all of us!

We know that adultery begins with lust in our hearts. Jesus is clear about this. Scripture after scripture is in agreement. We must control ourselves. We have no excuse. We are committing adultery. YIKES!

3 thoughts on “Why should we show mercy? Do we get to throw the first stone?”