What matters the most: The religious leaders wanted to kill Jesus. They would. The religious elites just didn’t want people to be upset about it when it happened. That was the big concern. Not murder, just riots. Yee Gads!

In only two days the eight-day Festival of Passover and the Feast of Unleavened Bread would begin. The high priests and religion scholars were looking for a way they could seize Jesus by stealth and kill him. They agreed that it should not be done during Passover Week.

We don’t want the crowds up in arms.” they said.

The way I see it: Am I motivated by not wanting the crowds to be up in arms? Does “the mob” matter to me? The crowds did get up in arms. They sent Jesus to his death and they severely persecuted his disciples. Am I ready to be persecuted? Is my faith strong enough to survive?

Consider this from Paul. He wasn’t alone.

If we take a stand for Jesus, the mobs, and others aren’t going to like us. Jesus promises that we will be more than happy when we are persecuted for the sake of righteousness, for the Kingdom of heaven will be ours. We will be more than happy when people insult us and persecute us, and falsely say all kinds of evil against us because of Jesus. Jesus says rejoice and be glad, for our reward in heaven is great; for in the same way they persecuted the prophets who were before us.

Jesus said, “Truly I say to you, there is no one who has left house or brothers or sisters or mother or father or children or farms, for My sake and for the good new’s sake, but that he will receive a hundred times as much now in the present age, houses and brothers and sisters and mothers and children and farms, along with persecutions; and in the age to come, eternal life.

Alert! Persecution is here and will continue. 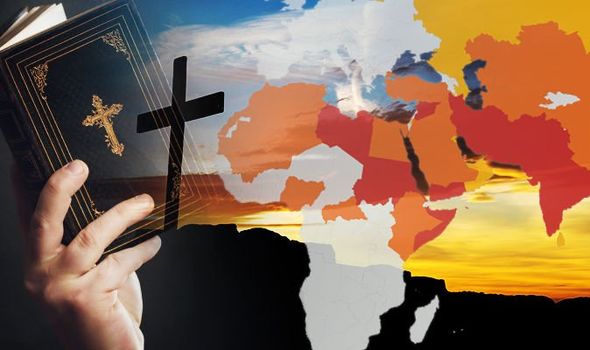 Consider this: Persecution is a given in the radical world of Jesus. Why is it, in America, it seems few and far between?

If you are reviled for the name of the Messiah, you are happy, because the Spirit of God and of glory rests on you

The apostle Paul was jailed, beaten, shipwrecked, and stoned numerous times for preaching the Messiah, but he considered suffering not even worth mentioning compared to the reward he knew awaited in paradise.

6 thoughts on “What will we do when persecution comes?”