What matters the most: Sin is pictured as a debt, and the sinner as a debtor. Accordingly, the word represents sin both as a wrong and as requiring satisfaction.

God’s goal: Through the mighty work of Jesus, we have been forgiving. It is a stunning thing to experience. God wants us to show the same compassion and mercy on others. We must forgive.

Sin is an illness, but one that can be healed by the Messiah. It is defiling, but one can be made pure through the Messiah. All of this is actualized through the sacraments of baptism and the Eucharist, in which the disciples participate in the Messiah’s death and resurrection.

In the Jesus Manifesto, “Their trespasses” shows that “our debtors” didn’t refer to those who owe us money but referred to those morally indebted to us by having trespassed against us, as when they persecuted us.

“As we also have forgiven our debtors” draws a comparison. Our forgiveness of others presents God with an example of the forgiveness sought from him and demonstrates the sincerity of our asking him to forgive us. The comparison will shortly turn into a condition.

If we don’t forgive others, God won’t forgive us. But a condition isn’t a cause, so that his forgiveness of our debts will still arise out of mercy and grace, not out of any merit in our having forgiven others.

Digging Deeper – What is sin? 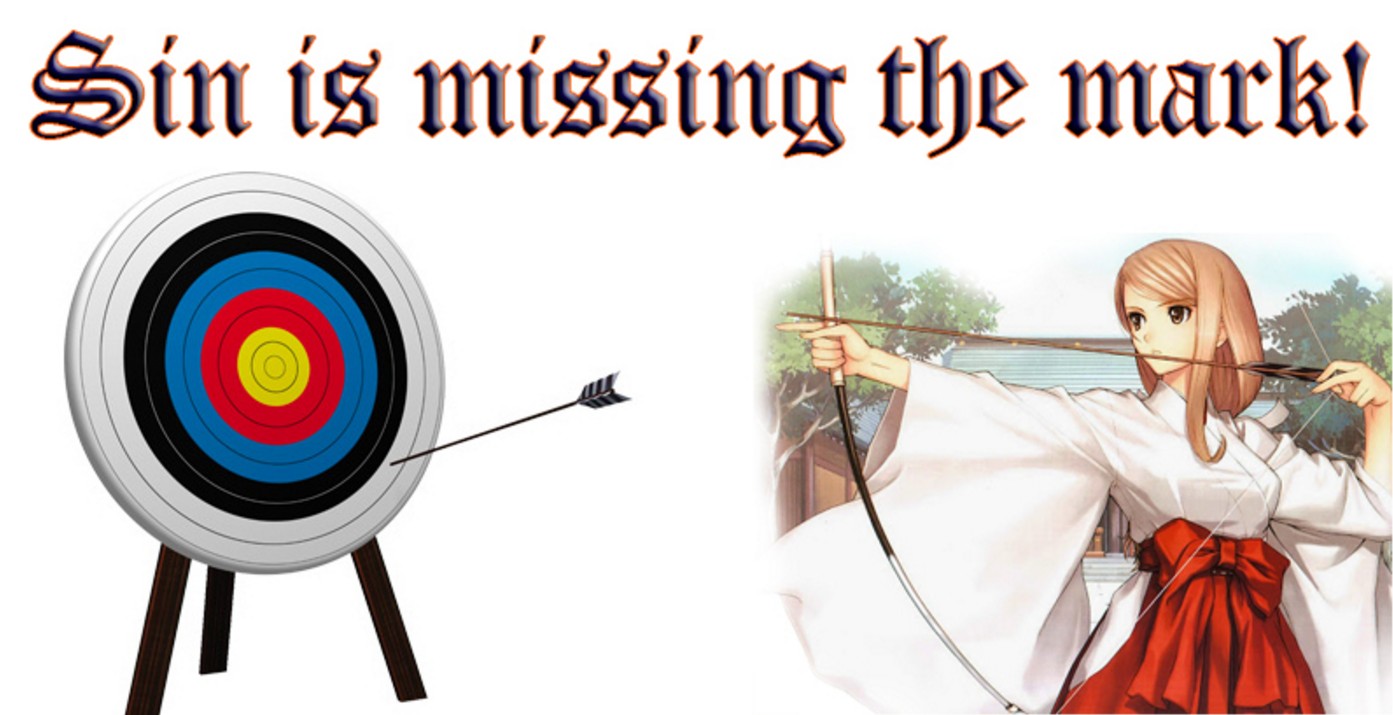 If you want to dig deeper, here are some additional resources. One of the themes is understanding that sin is missing the mark. I see that as missing God’s goal for our lives. Sin, the Greek hamartia, is generally associated with military usage and means to “miss the mark.” It indicates failing to make a bull’s-eye. In moral and ethical contexts, it means to fail of one’s purpose, to go wrong, or to fail to live according to an accepted standard or ideal i.e. God’s goal.. Sin is the failure to be what we ought to be and could be.

The history of the human race as presented in Scripture is primarily a history of mankind in a state of sin and rebellion against God and of God’s plan of redemption to bring many people back to him. Therefore, it is appropriate now to consider the nature of the sin that separates man from God.

We may define sin as follows: sin is any failure to conform to the moral law of God in act, attitude, or nature. Sin is here defined in relation to God and his moral law. Sin includes not only individual acts, such as stealing, lying, and committing murder, but also attitudes that are contrary to the attitudes God requires of us. We see this already in the Ten Commandments, which not only prohibit sinful actions but also wrong attitudes: “You shall not covet your neighbor’s house; you shall not covet your neighbor’s wife, or his male servant, or his female servant, or his ox, or his donkey, or anything that is your neighbor’s” (Exod. 20:17). Here God specifies that a desire to steal or to commit adultery is also sin in his sight. The Sermon on the Mount prohibits sinful attitudes such as anger (Matt. 5:22) or lust (Matt. 5:28). Paul lists attitudes such as jealousy, anger, and selfishness (Gal. 5:20) as works of the flesh opposed to desires of the Spirit (Gal. 5:20). A life that is pleasing to God is one that has moral purity not only in its actions but also in its desires of the heart. In fact, the greatest commandment of all requires that our heart be filled with an attitude of love for God: “You shall love the Lord your God with all your heart and with all your soul and with all your mind and with all your strength” (Mark 12:30).[1]

Evildoing seen in religious perspective, not only against humanity, society, others, or oneself, but against God. The concept of God, therefore, gives to the idea of sin its many-sided meaning. Other gods, conceived as capricious and characterless, exercised unlimited power in unbridled behavior; they engendered no such sense of sin as did Israel’s one God, holy, righteous, and utterly good. This religious conception of wrongdoing with the terminology it created, persists into the NT.

The broad concept of sin as failing to live up to an expected standard of conduct or as a violation of cultural customs or laws can be seen in every culture and society throughout history. Various religions also see sin as a violation of the divine will. This concept has developed in various ways in different societies. By examining the background of the Old Testament and the New Testament, as well as the ancient Jewish and Christian canons themselves, we can see particular ways in which early Jews and Christians came to understand sin.

In some contexts, particularly in some Old Testament texts, the term “sin” is primarily used in reference to external actions performed by human beings (e.g., murder, adultery). In other parts of the Bible, the term “sin” is expanded to include the inner actions of humans, such as their thoughts and desires. Sin is also often portrayed as an entity not dependent on human actions, such as a state of being in alienation from God or an impersonal force acting within humans or societies against God.[3]

That fundamental defect or missing of the mark that results when humans fail to trustingly center their lives on God. Sin can be viewed both as a state in which humans are alienated from God and as actions that stem from an unfaithful heart and thus go against God’s will. In addition, sin can be understood both as a reality within individuals and as a factor shaping social structures.[4]

As defined by the Bible, sin is a violation of God’s standard for human behavior. The most frequent biblical words for “sin” speak of violating that standard in some fashion. The Greek equivalent, hamartia meant, originally, “to miss the mark, fail in duty” (Rom. 3:23). As Lawgiver, God sets limits to humanity’s freedom; another frequent term (Greek parabasis) describes “sin” as “transgression,” which means overstepping those set limits. A similar term is paraptoma (Greek); it denotes “a false step” or “a trespass on forbidden ground.” Two other New Testament words are anomia, which means “lawlessness,” and paranomia, which means “lawbreaking.”[5]

Quotes on Avoidance of sin

I treasure your word in my heart, so that I may not sin against you. Psalm 119:11 NRSV

So you also must consider yourselves dead to sin and alive to God in Christ Jesus. Let not sin therefore reign in your mortal body, to make you obey its passions. Do not present your members to sin as instruments for unrighteousness, but present yourselves to God as those who have been brought from death to life, and your members to God as instruments for righteousness, or sin will have no dominion over you, since you are not under law but under grace. Romans 6:11–14 ESV

Encourage one another daily, as long as it is called Today, so that none of you may be hardened by sin’s deceitfulness. Hebrews 3:13 NIV

If hell were on one side and sin on the other, I would rather leap into hell than willingly sin against my God. St Anselm of Canterbury

Kill sin before it kills you. Richard Baxter

It is the great moment of our lives when we decide that sin must die right out, not be curbed or suppressed or countenanced, but crucified. Oswald Chambers

Sin is to be overcome, not so much by direct opposition to it as by cultivating opposite principles. Would you kill the weeds in your garden, plant it with good seed; if the ground be well occupied there will be less need of the hoe. Abraham Fuller

When thou attackest the roots of sin, fix thy thought more upon the God whom thou desirest than upon the sin which thou abhorrest. Walter Hilton

It would be better to eschew sin than to flee death. Thomas à Kempis

To mourn a mischief that is past and gone / Is the next way to draw new mischief on. William Shakespeare[6]

3 thoughts on “Is sin a cancellation of a debt?  ”