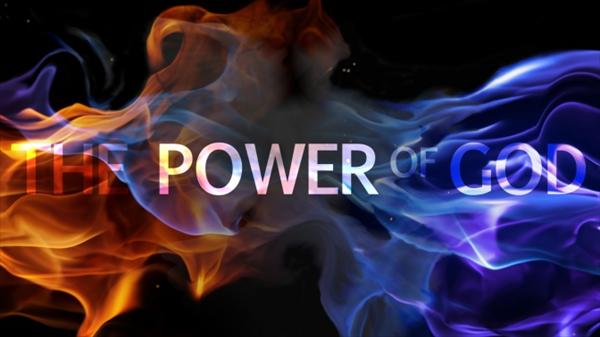 What Jesus said blew His disciples away. It was stunning.

What is the Kingdom of God all about? It is about God and His power. Nothing is impossible with God. That is it. If I ask and question God’s power, desire and capability then I am in deep trouble. I am fighting against Jesus. Jesus is saying it to me. Jesus is serious.

The disciples were shocked at the Master’s declaration about wealth, because most Jews thought that the possession of great wealth was the evidence of God’s special blessing. Many people today still cling to this error, in spite of the message of Job, the example of the Messiah and the Apostles, and the clear teaching of the New Testament. In the case of this young man, his wealth robbed him of God’s greatest blessing, eternal life. Today, wealth continues to make rich people poor and the first last.

Money is a marvelous servant but a terrible master. If you possess money, be grateful and use it for God’s glory; but if money possesses you, beware! It is good to have the things that money can buy, provided you don’t lose the things that money cannot buy. The deceitfulness of riches had so choked the soil of this young man’s heart that he was unable to receive the good seed of the Word and be saved. What a bitter harvest he would reap one day!

Jesus is challenging us. Jesus is saying amazing things to us.

Digging Deeper – What is the power of God like?

If you want to dig deeper, here are some additional resources. We often hear about the power of God, and Scripture is full of examples of His power in action. He is “the great God, mighty and awesome” (Nehemiah 9:32). We are taught to rely on His great power to get us through trials such as a job loss, a sticky divorce, bankruptcy, hateful persecutions, a debilitating illness, or the loss of a loved one. Learning to rely on the power of God is part of living the Christian life.

The apostle Paul gives us a glimpse of the power of God when he writes of “his incomparably great power for us who believe. That power is the same as the mighty strength he exerted when he raised Christ from the dead and seated him at his right hand in the heavenly realms, far above all rule and authority” (Ephesians 1:19–21).

God is almighty and all other power is derived from him and subject to him. Much that the Bible says is summed up in the words of 1 Chronicles 29:11–12 addressed to God in praise: “Thine, O Lord, is the greatness, and the power, and the glory, and the victory, and the majesty; for all that is in the heavens and in the earth is thine; thine is the kingdom, O Lord … thou rulest over all. In thy hand are power and might; and in thy hand it is to make great and to give strength to all.” Using human terms the OT often speaks of God’s “mighty hand” and his “outstretched arm,” both being used for the power of God in action (Ex 6:6; 7:4; Ps 44:2, 3). His power is seen in creation (Ps 65:6; Is 40:26; Jer 10:12; 27:5), in his rule over the world (2 Chr 20:6), in his acts of salvation and judgment (Ex 15:6; Dt 26:8) and in all that he does for his people (Ps 111:6). The NT as well as the OT speaks of the mighty power of God. Ephesians 1:19 speaks of “the immeasurable greatness of his power” and the words of Jesus in Matthew 26:64 show that the word could be substituted for the very name of God when he said that the Son of man would be seen “seated at the right hand of Power.”[2]

The Greek word for power is dunamis; it speaks of “potential power” and “actual power.” Our English word “dynamite” is a derivative. Everyone knows that dynamite is powerful, but God is more powerful. He can create things, while dynamite can only devastate.

Everything in creation has a certain amount of “power,” but God’s power is immutable. Animals have power. There is power in nature: the wind and storms, the thunder and lightning. People have the power to do good and evil. Rulers have God-given power and authority (Rom. 13:1). The Bible also speaks of the power of angels (2 Pet. 2:11) and of spiritual beings known as “principalities and powers.” Satan has also been given certain powers (Job 1:6–12; 2:1–6). But God is all-powerful (Eph. 1:19). In fact, “Power” is a name for God. Jesus said that the Son of man would be seen “seated at the right hand of Power” (Matt. 26:64, nasb).

Note: Dr. Grudem covers this under the topic of Omnipotence.

God’s omnipotence means that God is able to do all his holy will. The word omnipotence is derived from two Latin words, omni, “all,” and potens, “powerful,” and means “all-powerful.” Whereas God’s freedom referred to the fact that there are no external constraints on God’s decisions, God’s omnipotence has reference to his own power to do what he decides to do.

These passages indicate that God’s power is infinite and that he is therefore not limited to doing only what he actually has done. In fact, God is able to do more than he actually does. For example, John the Baptist says in Matthew 3:9, “God is able from these stones to raise up children for Abraham.” God is one who “does all that he pleases” (Ps. 115:3); he could have destroyed Israel and raised up a great nation from Moses (cf. Ex. 32:10), but he did not do so.[4]

3 thoughts on “How powerful is the power of God?”