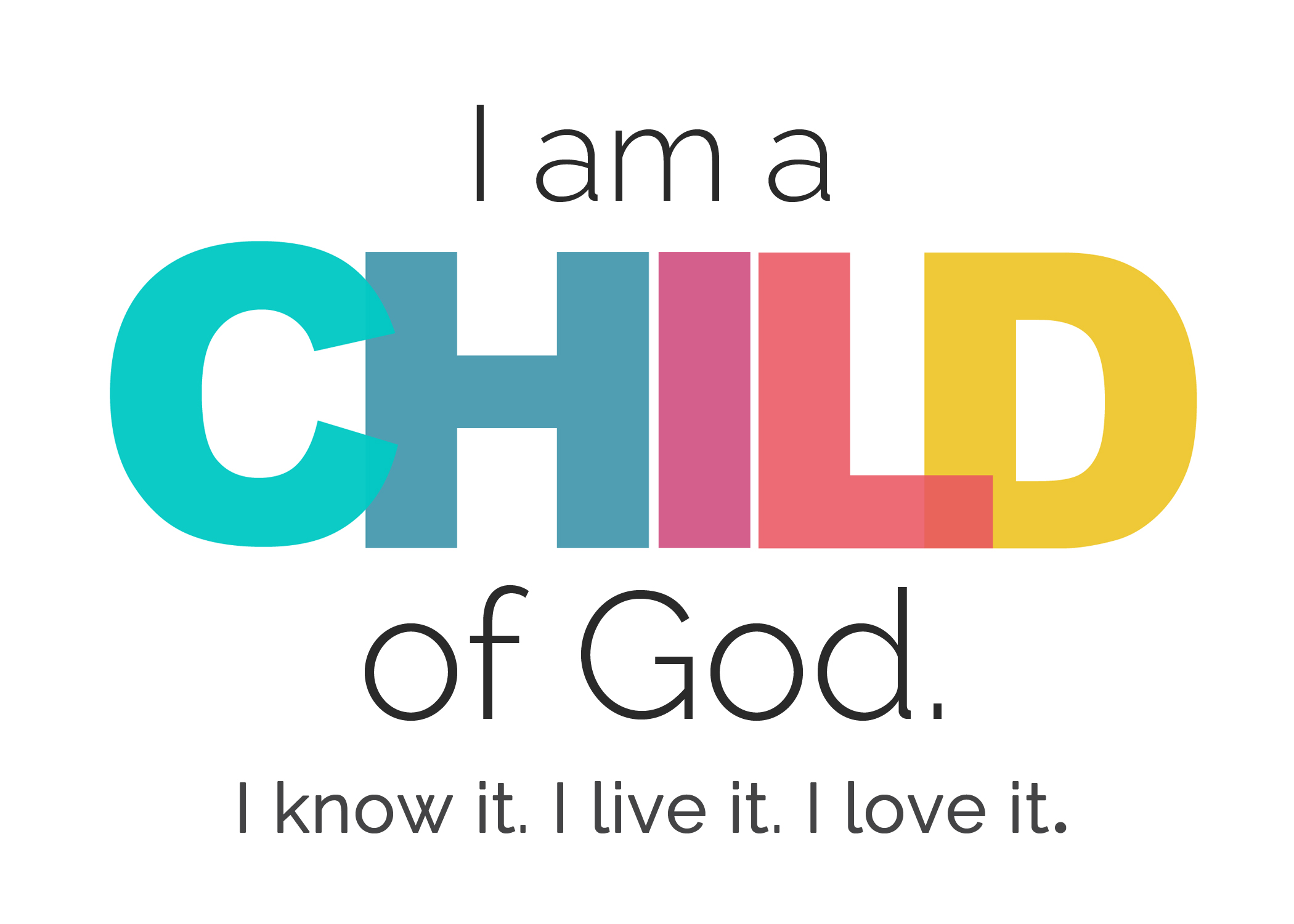 The big deal: This is stunning. As disciples of Jesus, we are the chief objects of God’s fatherly love. We become God’s children through faith and are then encouraged by Scripture to imitate our heavenly Father in our daily living.

God’s goal: God wants us to become a child of God by being “born again”. We were born as a child of our earthly father. They did what they could for us in raising us well but it had its limits.

While the phrase “born again Christian” sparks some derision, the truth is evident in what Jesus says. I want to see the Kingdom of God. I have to be born again. The Greek word ἄνωθεν anōthĕn, (an´-o-then) means from above.

There was a man of the Pharisee sect, Nicodemus, a prominent leader among the Jews. Late one night he visited Jesus and said, “Rabbi, we all know you’re a teacher straight from God. No one could do all the God-pointing, God-revealing acts you do if God weren’t in on it.”

Jesus said, “You’re absolutely right. Take it from me: Unless a person is born from above, it’s not possible to see what I’m pointing to—to God’s kingdom.

Why does a person need to be born from above? The apostle Paul in Ephesians 2:1 says, “And you He made alive, who were dead in trespasses and sins”. To the Romans he wrote, “For all have sinned and fall short of the glory of God” (Romans 3:23). Sinners are spiritually “dead”; when they receive spiritual life through faith in Christ, the Bible likens it to a rebirth. Only those who are born again have their sins forgiven and have a relationship with God.

How does that come to be? Ephesians 2:8-9 states, “For it is by grace you have been saved, through faith—and this not from yourselves, it is the gift of God—not by works, so that no one can boast.” When one is saved, he/she has been born again, spiritually renewed, and is now a child of God by right of new birth. Trusting in Jesus the Messiah, the One who paid the penalty of sin when He died on the cross, is the means to be “born again.” “Therefore, if anyone is in the Messiah, he is a new creation: the old has gone, the new has come!” (2 Corinthians 5:17).

How do we become children of God? It is a right of ours by being born again. Jesus goes on at length to explain this in John 3:1-21. Jesus says “Very truly I tell you, no one can see the kingdom of God unless they are born again.”

Digging Deeper – How do we become children of God?

If you want to dig deeper, here are some additional resources. To adopt someone is to make that person a legal son or daughter. Adoption is one of the metaphors used in the Bible to explain how Christians are brought into the family of God. Jesus came “that we might receive adoption to sonship” (Galatians 4:5), and He was successful: “You received God’s Spirit when he adopted you as his own children” (Romans 8:15, NLT).

We may define adoption as follows: adoption is an act of God whereby he makes us members of his family.

John mentions adoption at the beginning of his gospel, where he says, “But to all who did receive him, who believed in his name, he gave the right to become children of God” (John 1:12). By contrast, those who do not believe in Christ are not children of God or adopted into his family, but they are “children of wrath” (Eph. 2:3) and “sons of disobedience” (Eph. 2:2; 5:6). Although those Jews who rejected Christ tried to claim that God was their Father (John 8:41), Jesus told them, “If God were your Father, you would love me.… You are of your father the devil, and your will is to do your father’s desires” (John 8:42–44).

The New Testament Epistles bear repeated testimony to the fact that we are now God’s children in a special sense, members of his family. Paul says,

For all who are led by the Spirit of God are sons of God. For you did not receive the spirit of slavery to fall back into fear, but you have received the Spirit of adoption as sons, by whom we cry, “Abba! Father!” The Spirit himself bears witness with our spirit that we are children of God, and if children, then heirs—heirs of God and fellow heirs with Christ, provided we suffer with him in order that we may also be glorified with him. (Rom. 8:14–17)[2]

Theologically, the act of God by which believers become members of “God’s family” with all the privileges and obligations of family membership. “Sons of God,” a common kjv expression, includes individuals of both sexes numbered among God’s children (Is 43:6; 2 Cor 6:18).

According to the NT, all persons are sinners by nature, and hence are called “children of wrath” (Eph 2:3); however, those upon whom God bestows his love, by grace become “children of God” (1 Jn 3:1). The adoption through which this happens has its origin in God’s love and its foundation in Jesus Christ who is uniquely the “Son of God.” Theologians regard the term Son of God as referring preeminently to Christ’s deity (Mt 11:25–27; 16:16, 17), for he is one in substance and glory with the Father. As the second person of the Trinity, Christ is distinguished from the Father as “the only begotten Son.” Believers in Christ, although “adopted,” are never seen as on a par with the uncreated, divine Son.[3]

Most people would rather have been born into a loving family than adopted into one. But with respect to God’s family, both—birth and adoption—happen to believers at once. Anyone who believes in Jesus is born of God and is also adopted by God into His family.

The Greek word for “adoption” comes from two words put together: huios, meaning “son,” and thesis, meaning “a placing.” Thus, the word means “placement into sonship.” The Greek word is a legal term that indicates that believers have been given all the legal privileges of being sons in God’s family. When God adopts believers as His children, He places the Spirit of His Son into their hearts so that they become, in effect, His natural-born children. As such, they are not merely “adopted” (in the sense the word now conveys) but genuinely “begotten” by God. God makes “sons of God” out of “sons of men.” The term “sons of God,” a common King James expression, includes believers of both sexes (see 2 Cor. 6:18; compare Isa. 43:6).[4]

Paul’s Doctrine.—As a Roman citizen the apostle would naturally know of the Rom custom, but in the cosmopolitan city of Tarsus, and again on his travels, he would become equally familiar with the corresponding customs of other nations. He employed the idea metaphorically much in the manner of Christ’s parables, and, as in their case, there is danger of pressing the analogy too far in its details. It is not clear that he had any specific form of adoption in mind when illustrating his teaching by the general idea. Under this figure he teaches that God, by the manifestation of His grace in Christ, brings men into the relation of sons to Himself, and communicates to them the experience of sonship.

In Gal Paul emphasizes especially the liberty enjoyed by those who live by faith, in contrast to the bondage under which men are held, who guide their lives by legal ceremonies and ordinances, as the Galatians were prone to do (5:1).[5]

To all who received him, who believed in his name, he gave power to become children of God.

We are the children of God: And if children, then heirs; heirs of God, and joint-heirs with Christ; if so be that we suffer with him, that we may be also glorified together.

We also, to whom the Spirit is given as the firstfruits of the harvest to come, are groaning inwardly whilst we look forward eagerly to our adoption, our liberation from mortality.

[God] predestined us for adoption as sons through Jesus Christ, according to the purpose of his will.

How great is the love the Father has lavished on us, that we should be called children of God! And that is what we are!

Adoption gives us the privilege of sons, regeneration, the nature of sons.

The least degree of sincere sanctification, being an effect of regeneration, is a certain sign of adoption, and may minister a sure argument to him that has it, that he is the adopted child of God.

Affliction is the badge of adoption.

A man adopts one for his son and heir that does not at all resemble him; but whosoever God adopts for His child is like Him; he not only bears His heavenly Father’s name, but His image.

3 thoughts on “Does God want us to be His children? How can that happen?”