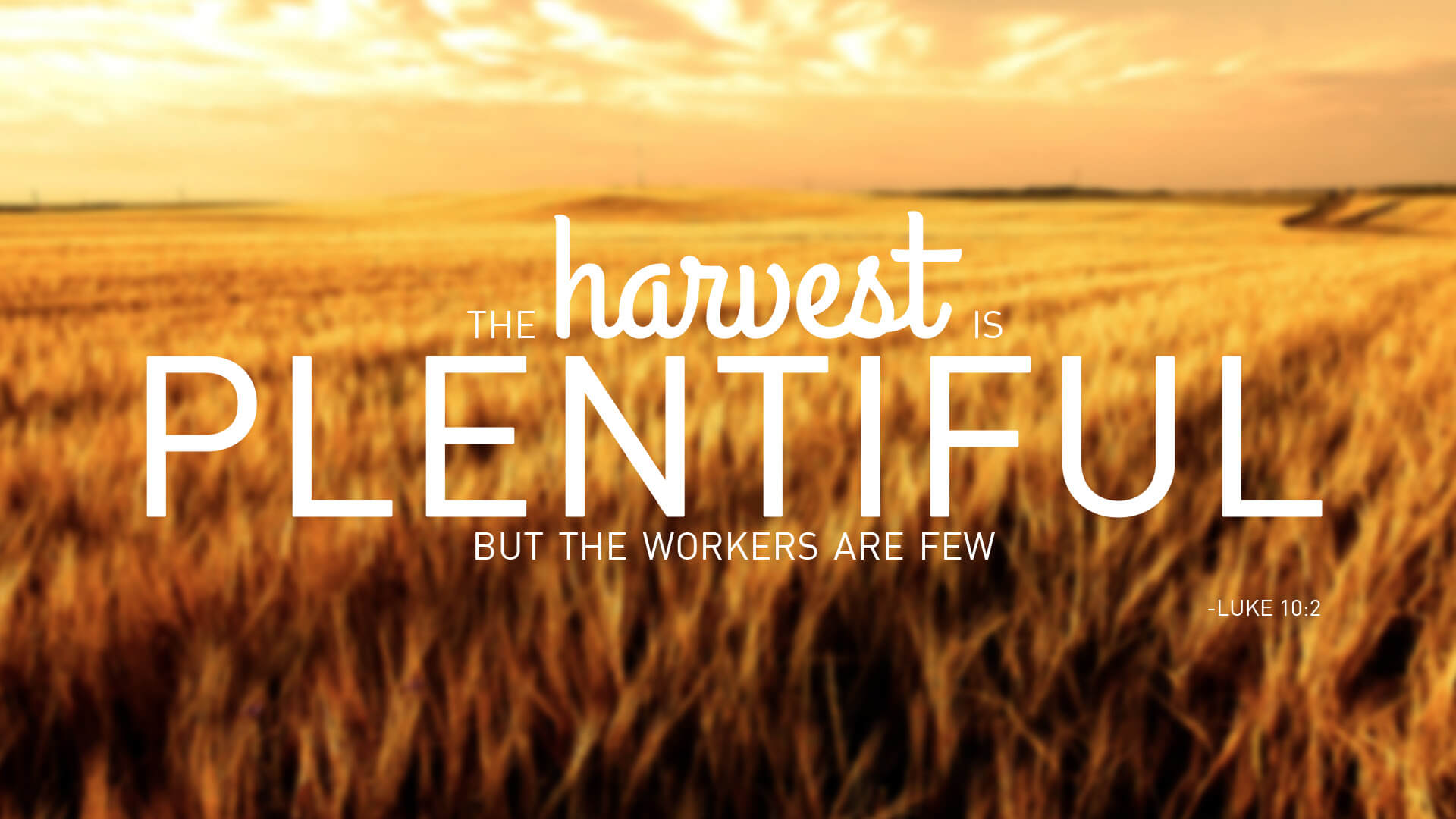 We are good at looking around at nature and figuring out what time of year it is. We can see the snow right in front of us and know that it is winter. Nothing too tough about that.

Jesus challenges us to be that discerning spiritually. It is, of course, harvest time all around us. Do we see it? Do we know it? Where is our sense of urgency?

Are we ready to work for the harvest? I doesn’t happen without some work. We may have different roles but let’s get on with the work of it all. We know that one of us may sow the seed and another one reap the harvest. It is not for us though. It is all for the owner of the farm. We are working for Jesus.

What keeps Jesus going is doing what God wants. That is it. That is God’s goal for us as well. God has something He wants us to finish. God wants us to lean in, listen to Him and get it done. Is it harvest time? Yes, it is.

May I see what God sees.

May I focus on what God wants to happen.

Meanwhile the disciples were urging him, saying, “Rabbi, eat.” But he said to them, “I have food to eat that you do not know about.” So the disciples said to one another, “Has anyone brought him something to eat?” Jesus said to them, “My food is to do the will of him who sent me and to accomplish his work. Do you not say, ‘There are yet four months, then comes the harvest’? Look, I tell you, lift up your eyes, and see that the fields are white for harvest.

When the disciples returned from obtaining food, they were shocked that Jesus was conversing with a woman, and especially a Samaritan; but they did not interrupt. They were learning that their Master knew what He was doing and did not need their counsel. But, after the woman left, they urged Jesus to share the meal with them, because they knew that He was hungry.

“I have food to eat that you know not of” was His reply and, as usual, they did not understand it. They thought He was speaking of literal food, and they wondered where He got it. Then He explained that doing the Father’s will—in this case, leading the woman to salvation—was true nourishment for His soul. The disciples were satisfied with bread, but He was satisfied with accomplishing the Father’s work.

Jesus then changed the image from that of food to that of the harvest, which is the source of the food. He quoted the familiar Jewish proverb about waiting for the harvest, and then pointed to the villagers even then coming out to the well to meet Him, thanks to the witness of the woman. The disciples went into the village to get food for themselves, but they did no evangelizing. The woman took their place!

The image of the harvest is a familiar one in the Bible and is often applied to the ministry of winning lost souls. Both the Parable of the Sower and the Parable of the Tares relate to this theme, and Paul used it in his letters. We plant the seed of God’s Word in the hearts of people who hear it, and we seek to cultivate that seed by our love and prayers. In due time, that seed may bear fruit to the glory of God.

No doubt the disciples had said, as they approached the city of Sychar, “There can be no harvest here! These people despise us Jews and would have no use for our message.” But just the opposite was true: the harvest was ready and only needed faithful workers to claim it. For some reason, when it comes to witnessing for Jesus, it is always the wrong time and the wrong place! It takes faith to sow the seed, and we must do it even when the circumstances look discouraging

God’s goal: There is no competition in the Lord’s harvest. Each of us has an assigned task and we are all a part of each other’s labors. One sows, one reaps; but each worker gets his honest reward for the work he has done.

4 thoughts on “Are we ready for the harvest and the work?”