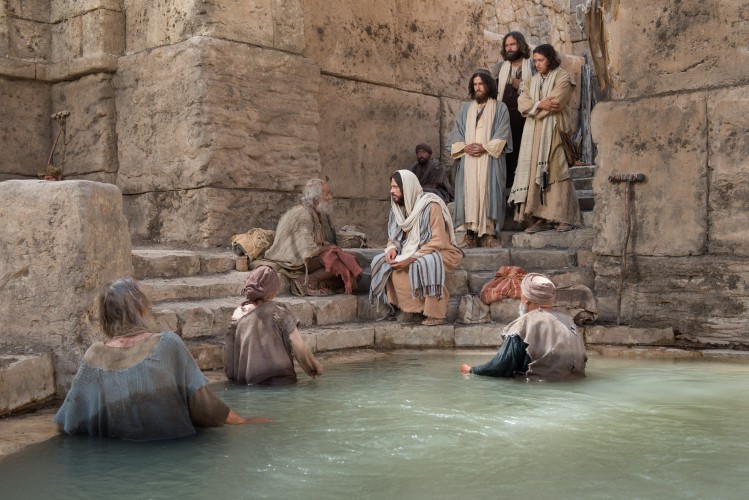 Jesus wants to know; do I want to get well? It is the essential question.

After this there was a feast of the Jews, and Jesus went up to Jerusalem.

Now there is in Jerusalem by the Sheep Gate a pool, in Aramaic called Bethesda, which has five roofed colonnades. In these lay a multitude of invalids—blind, lame, and paralyzed. One man was there who had been an invalid for thirty-eight years.

When Jesus saw him lying there and knew that he had already been there a long time, he said to him, “Do you want to be healed?” The sick man answered him, “Sir, I have no one to put me into the pool when the water is stirred up, and while I am going another steps down before me.” Jesus said to him, “Get up, take up your bed, and walk.” And at once the man was healed, and he took up his bed and walked. Now that day was the Sabbath.

The crippled man gave an honest answer. It wasn’t an answer to the real question though. Jesus did not want to know if the man had anyone to help him. Jesus wanted to know if he wanted to be healed.

What is Jesus going to do? Jesus wasn’t having anything to do with “the excuse”. Jesus knew how long he had been sick and coming to the pool. Jesus is on a mission. Jesus won’t be deterred.

Why would anybody, especially a man sick for so many years, remain in one place if nothing special were occurring? You would think that after thirty-eight years of nothing happening to anybody, the man would go elsewhere and stop hoping! It seems wisest for us to accept the fact that something extraordinary kept all these handicapped people at this pool, hoping for a cure.

Jesus wants to heal him. Jesus does just that. The man got up and walked.

Is anyone among you suffering? Let him pray. Is anyone cheerful? Let him sing praise. 14 Is anyone among you sick? Let him call for the elders of the church, and let them pray over him, anointing him with oil in the name of the Lord. 15 And the prayer of faith will save the one who is sick, and the Lord will raise him up.[1]

4 thoughts on “Jesus has a question for us.”