In our age of “tolerance,” and “wokeness” moral relativism is touted as the supreme virtue. Every philosophy, idea, and faith system has equal merit, says the relativist, and is worthy of equal respect. Those who favor one faith system over another or—even worse—claim a knowledge of absolute truth are considered narrow-minded, unenlightened, or even bigoted.

A disciple of Jesus has accepted Truth, not just as a concept, but as a Person. Jesus said, “I am the way, the truth, and the life. No one comes to the Father except through me” (John 14:6). Truth exists. Jesus is Truth. Truth is not relative. Truth, in the person of Jesus, is absolute.

This acknowledgment of Truth distances the disciple from the so-called “open-mindedness” of the day. The disciple has publicly acknowledged that Jesus rose from the dead (Romans 10:9-10). If he honestly believes in the resurrection, how can he be “open-minded” concerning an unbeliever’s assertion that Jesus never rose again or did not even exist? For a disciple to deny the clear teaching of God’s Word would indeed be a betrayal of God.

The first mark of a false teacher is that they refused to adhere to “the sound instruction of our Master Jesus the Messiah and to godly teaching” (1 Tim. 6:3, NIV). This teaching is godly and it promotes godliness. Isaiah’s first test of any teacher was, “To the Law and to the testimony: if they speak not according to this word, it is because there is no light in them” (Isa. 8:20). It is important that a church “hold fast the form of sound [healthy] words” (2 Tim. 1:13).

A second mark is the teacher’s own attitude. Instead of being humble, a false teacher is proud; yet he has nothing to be proud about because he does not know anything.

Teach and urge these things. 3 If anyone teaches a different doctrine and does not agree with the sound words of our Master Jesus the Messiah and the teaching that accords with godliness, 4 he is puffed up with conceit and understands nothing. He has an unhealthy craving for controversy and for quarrels about words, which produce envy, dissension, slander, evil suspicions, 5 and constant friction among people who are depraved in mind and deprived of the truth, imagining that godliness is a means of gain.[1]

A believer who understands the Word will have a burning heart, not a big head. This “conceited attitude” causes a teacher to argue about minor matters concerning “words” (1 Tim. 6:3). Instead of feeding on the “wholesome words of … the Messiah,” you might say he gets sick about questions. The word doting (1 Tim. 6:4) means “filled with a morbid desire, sick.” The result of such unspiritual teaching is “envy, quarreling, malicious talk, evil suspicions, and constant friction” (1 Tim. 6:4b–5a, NIV). 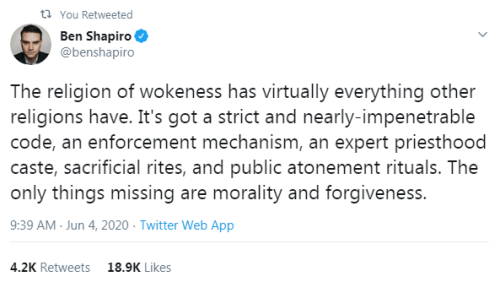 5 thoughts on “Should serious doctrinal errors be tolerated?”