Counting the cost of following Jesus

Jesus was quite explicit about the cost of following Him. Discipleship requires a totally committed life: “Any of you who does not give up everything he has cannot be my disciple” (Luke 14:33).

Sacrifice is expected: “Jesus said to his disciples, ‘If anyone would come after me, he must deny himself and take up his cross and follow me’”(Matthew 16:24). Jesus is my Master. I am His slave. That is the demand of discipleship.

Not all of Jesus’ followers were able to make such a commitment. There were many who left Jesus after a while. “From this time many of his disciples turned back and no longer followed him” (John 6:66).

The cost of discipleship involves a denial of all my self-interests and desires: Jesus’ followers were called “disciples” long before they were ever called “the Christians.” Their discipleship began with Jesus’ call and required them to exercise their will to follow Him.

Now great crowds accompanied him, and he turned and said to them, “If anyone comes to me and does not hate his own father and mother and wife and children and brothers and sisters, yes, and even his own life, he cannot be my disciple. Whoever does not bear his own cross and come after me cannot be my disciple. For which of you, desiring to build a tower, does not first sit down and count the cost, whether he has enough to complete it? Otherwise, when he has laid a foundation and is not able to finish, all who see it begin to mock him, saying, ‘This man began to build and was not able to finish.’ Or what king, going out to encounter another king in war, will not sit down first and deliberate whether he is able with ten thousand to meet him who comes against him with twenty thousand? And if not, while the other is yet a great way off, he sends a delegation and asks for terms of peace. So therefore, any one of you who does not renounce all that he has cannot be my disciple.

When Jesus left the Pharisee’s house, great crowds followed Him, but He was not impressed by their enthusiasm. He knew that most of those in the crowd were not the least bit interested in spiritual things. Some wanted only to see miracles, others heard that He fed the hungry, and a few hoped He would overthrow Rome and set up David’s promised kingdom. They were expecting the wrong things.

Jesus turned to the multitude and preached a sermon that deliberately thinned out the ranks.

A “disciple” is a learner (apprentice), one who attaches himself or herself to a teacher to learn a trade or a subject. Our nearest modern equivalent is “apprentice,” one who learns by watching and by doing. The word disciple was the most common name for the followers of Jesus Christ and is used 264 times in the Gospels and the Book of Acts.

What does it mean to “carry the cross”? It means daily identification with Christ in shame, suffering, and surrender to God’s will. It means death to self, to our own plans and ambitions, and a willingness to serve Him as He directs. A “cross” is something we willingly accept from God as part of His will for our lives. The Christian who called his noisy neighbors the “cross” he had to bear certainly did not understand the meaning of dying to self.

Jesus gave three parables to explain why He makes such costly demands on His followers: the man building a tower, the king fighting a war, and the salt losing its flavor.

Discipleship is serious business. If we are not true disciples, then Jesus cannot build the tower and fight the war. “There is always an if in connection with discipleship,” wrote Oswald Chambers, “and it implies that we need not [be disciples] unless we like. There is never any compulsion; Jesus does not coerce us. There is only one way of being a disciple, and that is by being devoted to Jesus.”

If we tell Jesus that we want to take up our cross and follow Him as His disciples, then He wants us to know exactly what we are getting into. He wants no false expectancy, no illusions, no bargains. He wants to use us as stones for building His church, soldiers for battling His enemies, and salt for bettering His world; and He is looking for quality.

After all, He was on His way to Jerusalem when He spoke these words and look what happened to Him there! He does not ask us to do anything for Him that He has not already done for us. 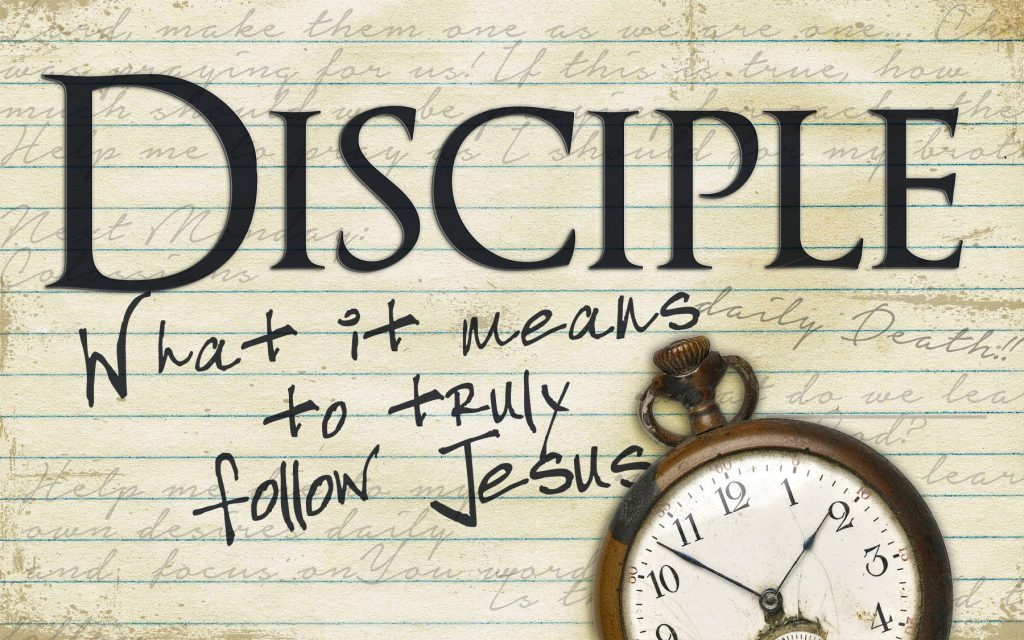