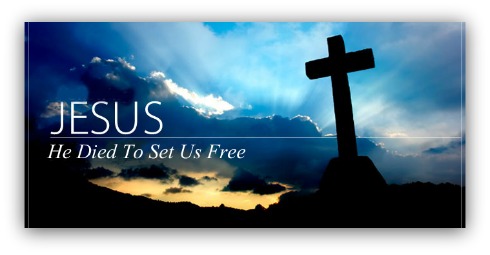 God made plans for us that gave Him pleasure in putting together. It was not an inconvenience to Him in any way at all. Just as we as parents love to make plans for our children, our heavenly Father delights in an even greater way.

God sent His son Jesus to make us completely free. Not just a little. Abundantly and completely free. He was willing to risk and sacrifice everything for us. Freedom comes from God. God, through the sacrifice of His Son, the Messiah Jesus, made us a free people. This freedom is a gift from God. We did not earn it but Jesus, on our behalf, willingly sacrificed so we could be made right with God.

Blessed be the God and Father of our Master Jesus the Messiah, who has blessed us in Jesus with every spiritual blessing in the heavenly places, even as he chose us in him before the foundation of the world, that we should be holy and blameless before him. In love he predestined us for adoption to himself as sons through Jesus the Messiah, according to the purpose of his will, to the praise of his glorious grace, with which he has blessed us in the Beloved. In him we have redemption through his blood, the forgiveness of our trespasses, according to the riches of his grace, which he lavished upon us, in all wisdom and insight making known to us the mystery of his will, according to his purpose, which he set forth in the Messiah as a plan for the fullness of time, to unite all things in him, things in heaven and things on earth.

He has redeemed us. To redeem means “to purchase and set free by paying a price.” There were 60 million slaves in the Roman Empire, and often they were bought and sold like pieces of furniture. But a man could buy a slave and set him free, and this is what Jesus did for us.

Because we as sinners are in bondage to sin and to Satan, we need someone to supply redemption and thereby “redeem” us out of that bondage. When we speak of redemption, the idea of a “ransom” comes into view. A ransom is the price paid to redeem someone from bondage or captivity. Jesus said of himself, “For even the Son of Man also came not to be served but to serve, and to give his life as a ransom for many” (Mark 10:45).

He has forgiven us. The word forgive means “to carry away.” This reminds us of the ritual on the Jewish Day of Atonement when the high priest sent the scapegoat into the wilderness.

He has revealed God’s will to us. This letter has much to say about God’s plan for His people, a plan that was not fully understood even in Paul’s day. The word mystery has nothing to do with things eerie. It means a “sacred secret, once hidden but now revealed to God’s people.” We believers are a part of God’s “inner circle.” We can share in the secret that God will one day unite everything in the Messiah. Ever since sin came into the world, things have been falling apart.

We are a part of this great eternal program. We have the amazing experience in being set free because Jesus has redeemed us. How glorious is that?

4 thoughts on ““In him we have redemption through his blood, the forgiveness of our trespasses, according to the riches of his grace.” ~Apostle Paul”