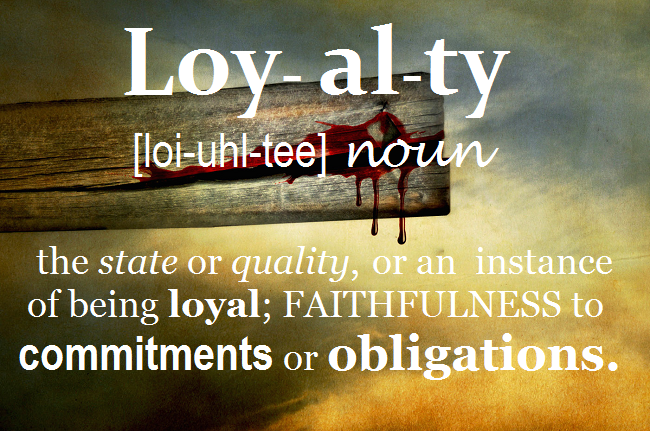 What does Jesus’ love look like? Jesus is in there sticking up for me. When I am accused of something, fair or not, he sticks up for me. He is loyal to the core.

He is sticking up for me!!!

The One who died for us—who was raised to life for us!—is in the presence of God at this very moment sticking up for us. Do you think anyone is going to be able to drive a wedge between us and the Messiah’s love for us? There is no way! Not trouble, not hard times, not hatred, not hunger, not homelessness, not bullying threats, not backstabbing, not even the worst sins listed in Scripture: They kill us in cold blood because they hate you. We’re sitting ducks; they pick us off one by one. None of this fazes us because Jesus loves us. I’m absolutely convinced that nothing—nothing living or dead, angelic or demonic, today or tomorrow, high or low, thinkable or unthinkable—absolutely nothing can get between us and God’s love because of the way that Jesus our Master has embraced us.

According to Paul, the resurrection is important for the following reasons:

Jesus’ resurrection proved that His death was accepted by God as the atonement for our sins. If He had simply died and stayed dead, that would indicate His sacrifice was not sufficient. As a result, believers would not be forgiven for their sins, and they would remain dead after they die. There would be no such thing as eternal life.

But now the Messiah has been raised from the dead, the first fruits of those who are asleep

Consider the life of the apostle Paul. What changed him from being a persecutor of the church into an apostle for the church? It was when the risen the Messiah appeared to him on the road to Damascus.

Another convincing proof is the empty tomb. If the Messiah were not raised, then where is His body? The disciples and others saw the tomb where He was buried. When they returned, His body was not there. Angels declared that He had been raised from the dead as He had promised.

The best evidence of His resurrection is the many people He appeared to afterward. This is all well documented and attested to by the witnesses.

2 thoughts on “Is Jesus sticking up for us?”