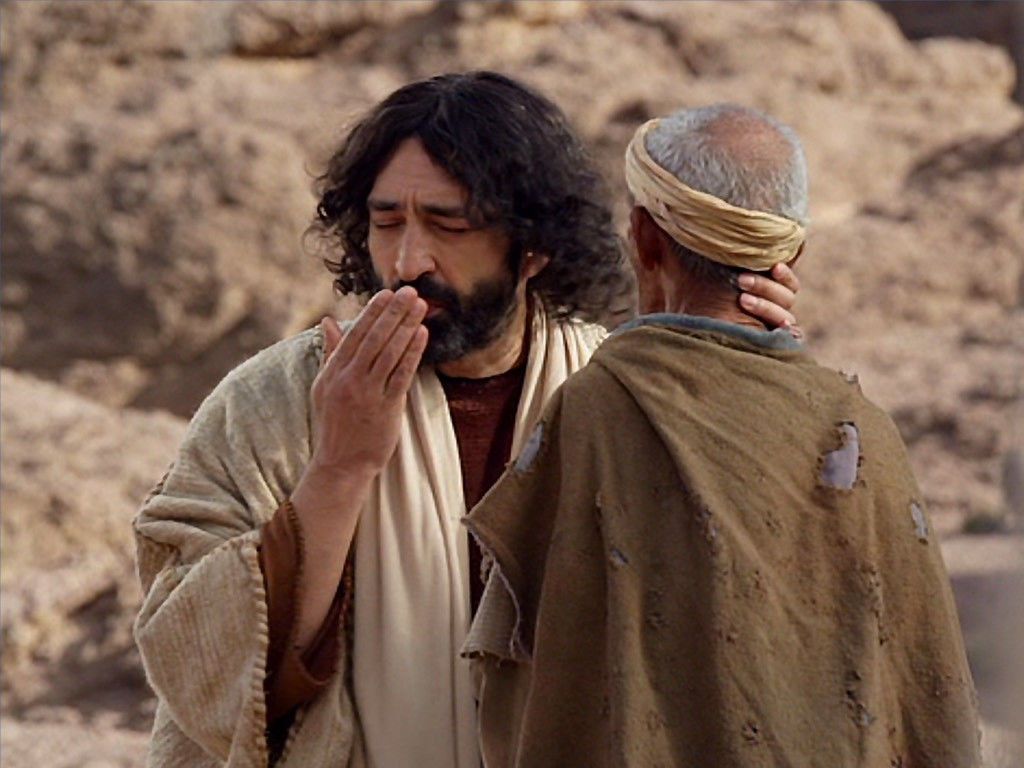 Jesus was on a roll. A mighty move of God with healing everywhere. So, He left the region of Tyre, went through Sidon back to Galilee Lake and over to the district of the Ten Towns. Some people brought a man who could neither hear nor speak and asked Jesus to lay a healing hand on him.

They had such faith in Jesus. They knew Jesus could heal anyone and that nothing is impossible with him. Jesus is plugged into what God wants to do. God is in a good mood and wants to heal us.

So, what does Jesus do? He took the man off by himself, put his fingers in the man’s ears and some spit on the man’s tongue.

Then he returned from the region of Tyre and went through Sidon to the Sea of Galilee, in the region of the Decapolis. And they brought to him a man who was deaf and had a speech impediment, and they begged him to lay his hand on him. And taking him aside from the crowd privately, he put his fingers into his ears, and after spitting touched his tongue. And looking up to heaven, he sighed and said to him, “Ephphatha,” that is, “Be opened.” And his ears were opened, his tongue was released, and he spoke plainly. And Jesus charged them to tell no one. But the more he charged them, the more zealously they proclaimed it. And they were astonished beyond measure, saying, “He has done all things well. He even makes the deaf hear and the mute speak.

And it happened. The man’s hearing was clear and his speech plain—just like that.

The region of Decapolis (“ten cities”) was also Gentile territory, but before Jesus left the region, the people were glorifying the God of Israel. The man they brought to Jesus was handicapped both by deafness and an impediment in his speech, and Jesus healed him. This miracle is recorded only by Mark and would be especially appreciated by his Roman readers, since the “ten cities” region was like a “Rome away from Rome.”

Jesus took the man away from the crowd so that the healing would be private, and the man would not become a public attraction.

Ephphatha is an Aramaic word that means “be opened, be released.” The man did not hear Jesus speak, but the creation heard the command of the Creator, and the man was healed. Both the tongue and the ears functioned normally again. Despite our Master’s strict command for the people to keep quiet about the miracles, they told the news everywhere; and this resulted in a large crowd gathering and bringing people who were ill or handicapped. Even though Jesus was trying to enjoy some rest, He took time to heal them all.