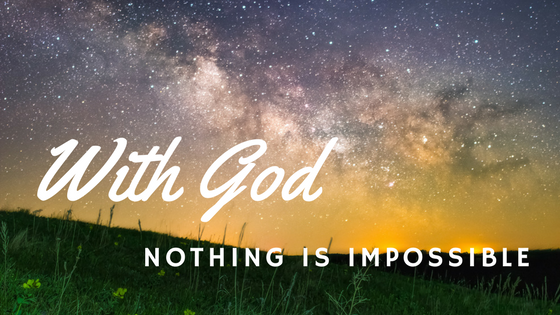 God is charge — always. All the time.

This is true but not always easy to remember and act on. God is God. He can do anything. He will do what He wants.

Ah, Yahweh [Lord] God! It is you who have made the heavens and the earth by your great power and by your outstretched arm! Nothing is too hard for you.

God’s sovereignty is one of the most important principles in Christian doctrine. All followers agree that God is preeminent in power and authority.

God is described in the Bible as all-powerful and all-knowing, outside of time, and responsible for the creation of everything. These divine traits set the minimum boundary for God’s sovereign control in the universe, which is to say that nothing in the universe occurs without God’s permission. God has the power and knowledge to prevent anything He chooses to prevent, so anything that does happen must, at the very least, be “allowed” by God.

The fact that God is sovereign essentially means that He has the power, wisdom, and authority to do anything He chooses within His creation. Whether or not He exerts that level of control in any given circumstance is a completely different question.

God has the ability to do anything, to take action and intervene in any situation, but He often chooses to act indirectly or to allow certain things for reasons of His own. His will is furthered in any case. God’s “sovereignty” means that He is absolute in authority and unrestricted in His supremacy.

Everything that happens is, at the very least, the result of God’s permissive will. This holds true even if certain specific things are not what He would prefer. The right of God to allow mankind’s free choices is just as necessary for true sovereignty as His ability to enact His will, wherever and however He chooses.

6 thoughts on ““Nothing is too hard for you.” ~Jeremiah”