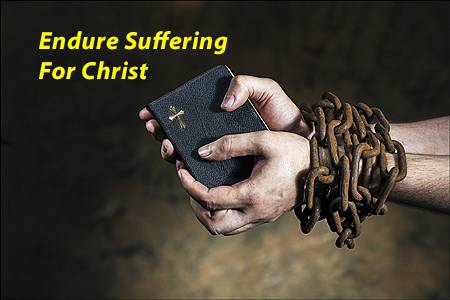 For I consider that the sufferings of this present time are not worth comparing with the glory that is to be revealed to us. For the creation waits with eager longing for the revealing of the sons of God. [1]

Here is a literal translation.

For I consider that the sufferings of the present season [are] n’t worthy [to be compared] to the glory that’s going to be revealed to us. 19 For the creation’s eager expectation is eagerly expecting the revelation of God’s sons. 20 For the creation was subjected to futility, not voluntarily—rather, because of him [God] who subjected [it]—on the basis of hope 21 that the creation itself will be liberated from the slavery consisting in perishability into the liberty of the glory of God’s children.[2]

So, I must suffer a little. It is no big deal. Some days are hard. But there is no comparison between today’s challenges and the good times that are coming. In fact, I should be anxious about what is coming next. I can hardly wait. I am eager for what is going to be revealed in us who are His children.

All of creation waits with eager anticipation at our revealing.  It is not all clear now, but it will be soon.

God’s goal for us is to be anxious for what he is going to reveal to us. It will be spectacular for sure.

Paul does not try to hide the fact that believers suffer. Indeed, he highlights it. As people who identify with one who came to overturn the values of this world, disciples of Jesus will inevitably share in the rejection and trials of the Messiah himself experienced. Committed disciples living will always rub the world the wrong way at some point, and friction is inevitable.

But those sufferings are not worth comparing to the glory that will be “revealed in us”. This last phrase is hard to translate. The preposition Paul uses (eis) means neither “in” nor “to” exactly. What Paul is implying is that the glory he speaks of already exists; as Peter puts it, our final salvation is “kept in heaven … ready to be revealed in the last time” (1 Peter 1:4–5). So, what now exists will one day be given “to” us so that it can come to reside “in” us, transforming us into the Messiah’s own image.

Paul accentuates the importance of this revelation of glory by tying the liberation of the whole of creation to it. Interpreters debate just what this “creation” (ktisis) might refer to. Because he speaks so personally, many think he is referring only to human beings, or to unbelievers. Paul can use the word to refer to human “creatures”, but he usually applies it to God’s entire creation.

The key to its meaning here is the fact that Paul insists that the frustration “creation” is experiencing is not its own fault. We must, therefore, exclude all human beings since they all had a part in the Fall. With most modern commentators, we conclude that Paul refers to all subhuman creation: plants, animals, rocks, and so on.

7 thoughts on “Are we prepared to suffer for Jesus?”