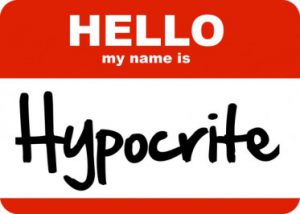 The main thing about the main thing: There was a problem among the early group of disciples in Corinth. It continues among believers today.

We need to be careful. We need to examine ourselves and not look at others as missing God’s goal. We need to avoid being a hypocrite. Jesus detests that. I know it is true.

As a result of the unfairness and gluttony surrounding communion, Paul says they were not really even eating the Messiah’s Supper (1 Corinthians 11:20). The people were not treating communion as a sacred ordinance instituted by Jesus.

Instead of reminding people of Jesus’ sacrifice, communion became a means of self-gratification, furthering the divisions among the Corinthian the disciples. After describing the situation and explaining what communion should be, Paul writes,

Self Examination — Does  lack of it lead to pride and self-delusion?

2 thoughts on ““But do you suppose this, O man, when you pass judgment on those who practice such things and do the same yourself, that you will escape the judgment of God?” ~Apostle Paul”