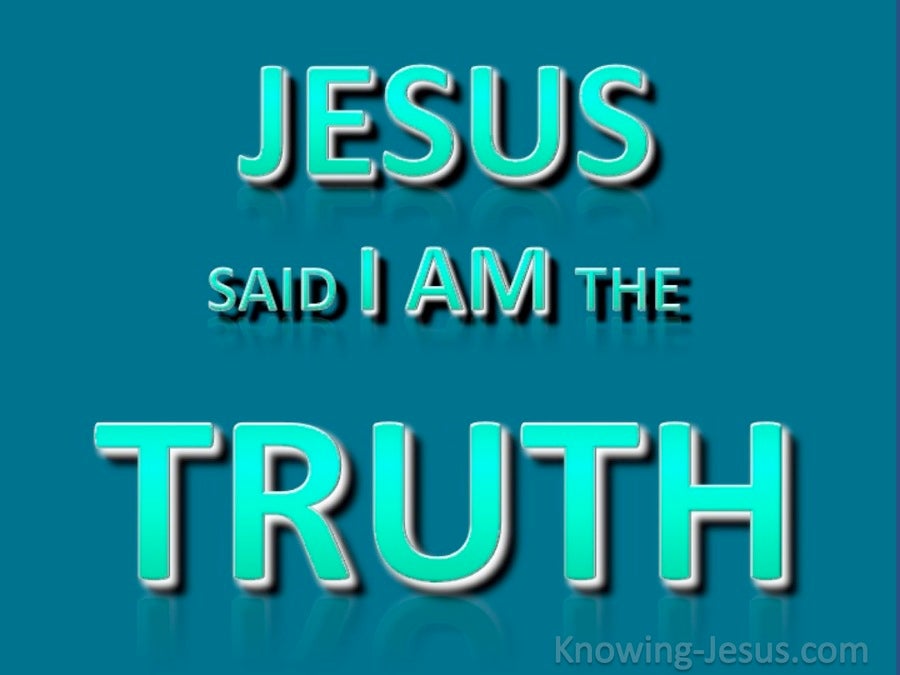 Consider this: Truth is not what makes people feel good. Jesus knows this. Jesus knows truth because He knows the Father and the Father is true. Jesus declares the He is “the Way, the Truth and Life”.

He who has received His testimony has set his seal to this, that God is true.

In defining truth, it is first helpful to note what truth is not. Truth is not simply whatever works. This is the philosophy of pragmatism – an ends-vs.-means-type approach. In reality, lies can appear to “work,” but they are still lies and not the truth.

Truth is not simply what is coherent or understandable. A group of people can get together and form a conspiracy based on a set of falsehoods where they all agree to tell the same false story, but it does not make their presentation true.

Almost two thousand years ago, Truth was put on trial and judged by people who were devoted to lies. In fact, Truth faced six trials in less than one full day, three of which were religious, and three that were legal. In the end, few people involved in those events could answer the question, “What is truth?”

What is truth? The question Pontius Pilate asked centuries ago needs to be rephrased in order to be completely accurate. The Roman governor’s remark “What is truth?” overlooks the fact that many things can have the truth, but only one thing can actually be the Truth. Truth must originate from somewhere.

The stark reality is that Pilate was looking directly at the Origin of all Truth on that early morning over two thousand years ago. Not long before being arrested and brought to the governor, Jesus had made the simple statement “I am the truth” (John 14:6), which was a rather incredible statement. Truth is a person, Jesus the Messiah, not a concept.

How could a mere man be the truth? He couldn’t be, unless He was more than a man, which is what He claimed to be. The fact is Jesus’ claim was validated when He rose from the dead (Romans 1:4).

The Greek word for “truth” is aletheia, which literally means to “un-hide” or “hiding nothing.” It conveys the thought that truth is always there, always open and available for all to see, with nothing being hidden or obscured. The Hebrew word for “truth” is emeth, which means “firmness,” “constancy” and “duration.” Such a definition implies an everlasting substance and something that can be relied upon.

Truth as opposed to falsehood and lies. Truth may be used to convey a sense of being in accordance with fact or reality, as opposed to being false or in error.

This is the dominant sense of “truth” in the New Covenant (aka Testament). I must know Jesus for Jesus is The Truth!

Therefore, laying aside falsehood, speak truth each one of you with his neighbor, for we are members of one another.