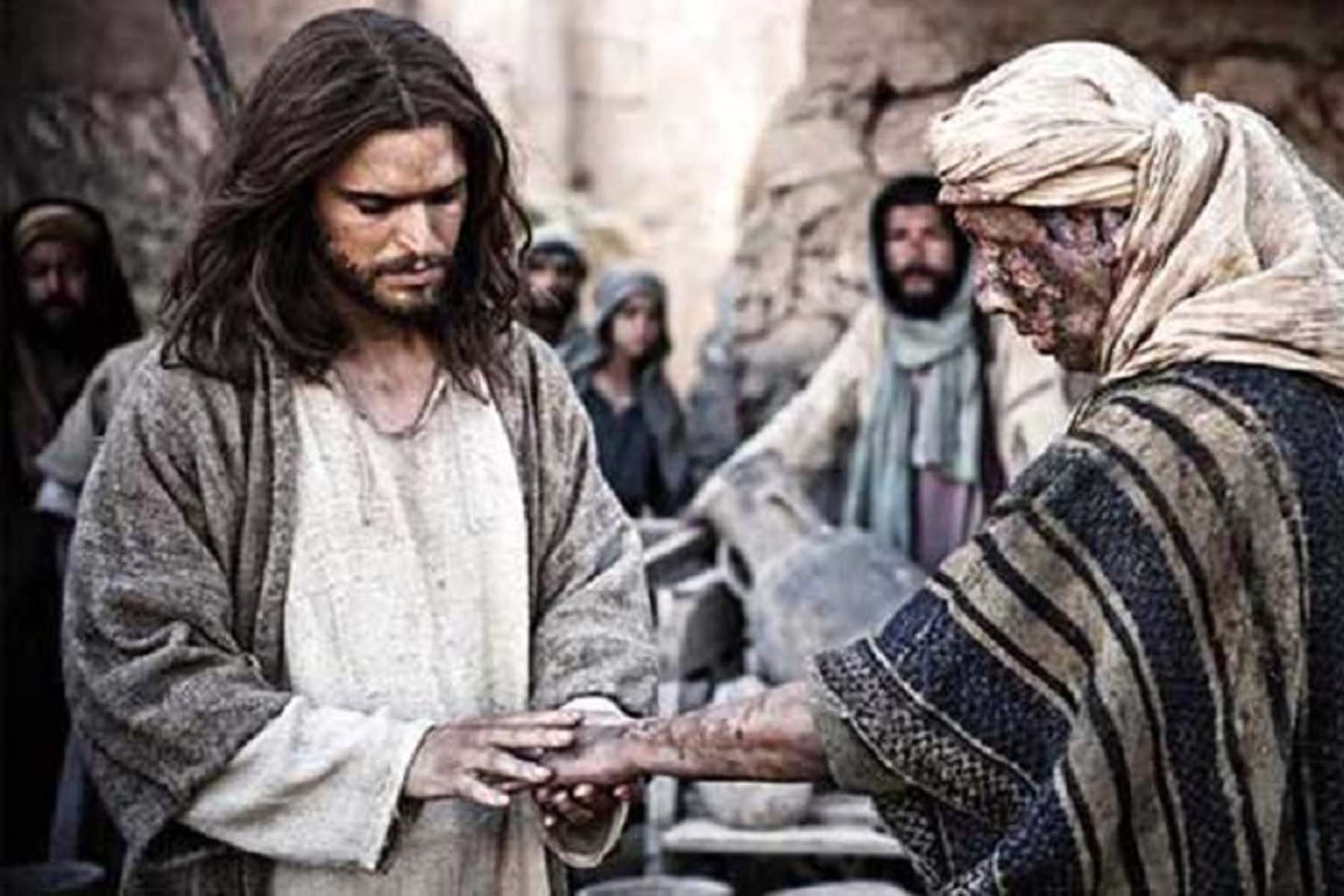 Why this is important: We have a lot to learn from Jesus. Jesus is gentle and shows compassion. Jesus has compassion for those in need. In fact, so great was His love for the needy that the Savior ministered to great crowds of people after the Sabbath had ended, when it was lawful for them to come for help. God’s Servant was at the disposal of all kinds of people, including demoniacs and lepers; and He lovingly ministered to them all.

And a leper came to him, imploring him, and kneeling said to him, “If you will, you can make me clean.” Moved with pity, he stretched out his hand and touched him and said to him, “I will; be clean.

That Jesus would meet and touch a leper is beyond our understanding. Lepers were supposed to keep their distance and warn everyone that they were coming, lest others be defiled.

When you read the “tests” for leprosy described in Leviticus 13, you can see how the disease is a picture of sin. Like sin, leprosy is deeper than the skin; it spreads; it defiles and isolates; and it makes things fit only for the fire). Anyone who has never trusted the Savior is spiritually in worse shape than this man was physically.

Jesus had compassion on the man and healed him. He did it with His touch and with His Word. No doubt this was the first loving touch this leper had felt in a long time. The leprosy: it was gone instantly!

Jesus commanded the man not to tell everybody. He was to go to the priests and follow the instructions given in Leviticus 14, so that he might be declared clean and received back into the social and religious life of the community. However, the man disobeyed orders. Jesus told this man to keep quiet, and yet he told everybody.

Jesus commands us to tell everybody — and we keep quiet! The crowds that came to get help from Jesus created a fundamental problem for Him and hindered Him from teaching the Word as He intended to do (Mark 1:38).

The ceremony described in Leviticus 14 presents a beautiful picture in type of the work of redemption. The two birds stand for two different aspects of our Lord’s ministry: His incarnation and death (the bird put into the jar and then killed), and His resurrection and ascension (the bird stained with the blood and then set free). The blood was applied to the man’s right ear (God’s Word), right thumb (God’s work), and right great toe (God’s walk). Then the oil was put on the blood, symbolizing the Holy Spirit of God. The Holy Spirit cannot come on human flesh until first the blood has been applied.

I should learn some important spiritual truths from this. To begin with, if the Son of God came as a servant, then being a servant is the highest of all callings. I am never more like the Master Jesus than when I am serving others. Second, God shares His authority with His slaves. Only those who are under authority have the right to exercise authority. Finally, if you are going to be a slave of Jesus, be sure to have compassion; because people will come to you for help and rarely ask if it is convenient!

Yet, what a privilege it is to follow in the steps of Jesus the Messiah and meet the needs of others by being one of God’s compassionate slaves. Jesus shows me how to be gentle.

3 thoughts on ““I will; be clean from your leprosy” ~Jesus”