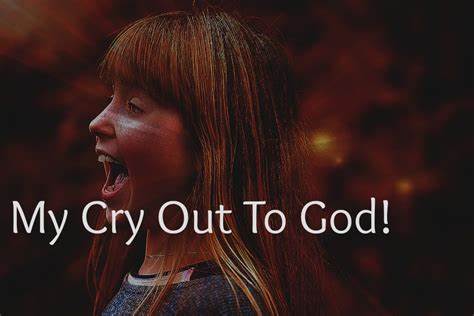 Why this is important: My enemy (Satan) enjoys mocking me. He gets so much pleasure from it. It is fun and funny to him. So, what should I think about that?

When I look to God, He always answers. No exceptions. No variations. Consistent results with God.

So, who will I look at? My enemy or God?

O Yahweh [Lord], how many are my foes! Many are rising against me; many are saying of my soul, “There is no salvation for him in God.” Selah But you, O Yahweh [Lord], are a shield about me, my glory, and the lifter of my head. I cried aloud to Yahweh [Lord], and he answered me from his holy hill. Selah   [1]

King David Is undefeated by the attempt to undermine and demoralize him. Faced with the real and immediate threat the enemies represent, confronted with their contention that Yahweh can provide no escape from their relentless pursuit, the psalmist does not flee, nor does he capitulate in silence.

Instead, he responds with a cry of his own—directed not to the enemies but to God himself. The cry of confidence that issues from his lips has the distinct appearance of hindsight gained after the fact of actual deliverance.

Shield. The opening phrase of King David’s cry is entirely appropriate to the rather military context I have sketched out above. “But you are a shield around me, O Lord.” Confronted by impending destruction, the King calls on his God as a protective barrier to inhibit and frustrate those who plan to do him harm.

Glory. The second phrase of the Kind David’s cry for help is somewhat less expected. While the need for protection is clear, the description of Yahweh as the psalmist’s “glory” and the one who “lifts up my head” is more obscure. So in our context, when the psalmist’s own glory is under attack, he recognizes that his only hope is in the unimpeachable honor and dignity supplied and guaranteed by Yahweh alone.

I cry aloud. Having established the foundation of Yahweh’s good intent to maintain the dignity and honor of the faithful, the psalmist continues with a statement of confidence. “To the Lord I cry aloud, and he answers me from his holy hill.” The passage is perhaps better rendered as a conditional sentence: “Whenever I cry aloud … he answers me.…” This implies that the King’s confidence is grounded in previous experience of divine deliverance. As Yahweh has protected in the past, so he can be trusted to save in the present—no matter how hopeless the circumstances.

Just what form Yahweh’s answer took is not clear in this psalm. Some suggest a ritual background in which a priest or prophet utters God’s promise of deliverance to the supplicant. Once again, this may suggest the psalmist is using descriptive imagery of the battle to dramatize the real conflict he is experiencing. The selah in verse 4 marks the end of the second section of Psalm 3.[2]

2 thoughts on “Are we willing to cry aloud to God?”