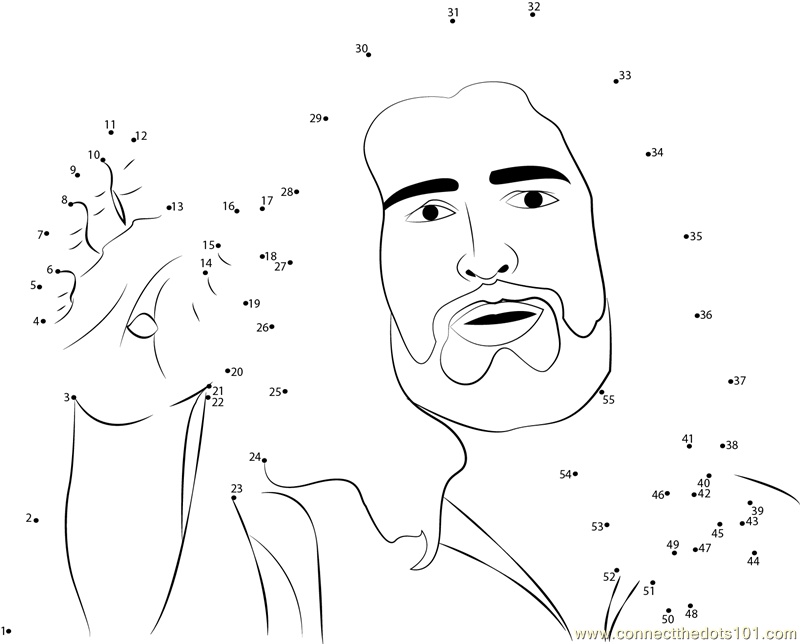 But one of them, Caiaphas, who was high priest that year, said to them, “You know nothing at all. Nor do you understand that it is better for you that one man should die for the people, not that the whole nation should perish.” He did not say this of his own accord, but being high priest that year he prophesied that Jesus would die for the nation, and not for the nation only, but also to gather into one the children of God who are scattered abroad. [1]

God is God. God can do anything he wants. The religious leaders were trying to figure out how to do Jesus in. The Chief Priest that year, Caiaphas, brought them up short.

There were many dots to connect. Some were small and some were great. God would connect them all. Jesus would obey his Father, every step of the way.

God wants to use us. How many times have we said something and then thought, where did that come from? We know we are not that wise or bright. God is God. Jesus can, and will, use us to get his good news message out. God is an amazing mood.

This all happened right after Lazarus had been raised from the dead. As with the previous miracles, the people were divided in their response. Some did believe and on “Palm Sunday” gave witness of the miracle Jesus had performed. But others immediately went to the religious leaders and reported what had happened in Bethany. These “informers” were so near the kingdom, yet there is no evidence that they believed. If the heart will not yield to truth, then the grace of God cannot bring salvation. These people could have experienced a spiritual resurrection in their own lives!

It was necessary that the Jewish council (Sanhedrin) meet and discuss what to do with Jesus. They were not seeking after truth; they were seeking for ways to protect their own selfish interests. If He gathered too many followers, He might get the attention of the Roman authorities; and this could hurt the Jewish cause.

The high priest, Caiaphas, was a Sadducee, not a Pharisee; but the two factions could always get together to fight a common enemy. Unknown to himself and to the council, Caiaphas uttered a divine prophecy: Jesus would die for the nation so that the nation would not perish. “For the transgression of My people was He stricken” (Isa. 53:8). True to his vision of a worldwide family of God, John added his inspired explanation: Jesus would die not only for the Jews, but for all of God’s children who would be gathered together in one heavenly family.

The official decision that day was that Jesus must die. The leaders thought that they were in control of the situation, but it was God who was working out His predetermined plan. Originally, they wanted to wait until after the Passover, but God had decreed otherwise.

9 thoughts on “How does God work it all out?”