It is interesting that several adult candidates auditioned for the role of Beaver’s father, Ward, but they finally signed Hugh Beaumont, an actor and Methodist lay minister who had worked with Mathers in a religious film.

Ward was the every-man of the 1960’s dad. Education, occupation, marriage and family are presented in Leave It to Beaver as requisites for a happy and productive life. We have come a long way since then.

When you make a mistake, admit it. If you don’t, you only make matters worse. ~Ward Cleaver

That was a theme of the early 1960’s as I grew up. That was the role of dads in my neighborhood. They all seemed to see it the same way and gave each other permission to help correct us when we weren’t home.

America had more of a shared culture as the Depression Dads returned home from WWII, married, had families and built communities around the church. They also had shared values like “When you make a mistake, admit it. If you don’t, you only make matters worse.” 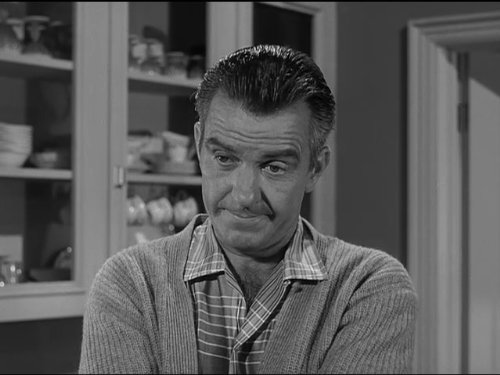 Ward Cleaver from Leave it Beaver

2 thoughts on ““When you make a mistake, admit it. If you don’t, you only make matters worse.” ~Ward Cleaver”