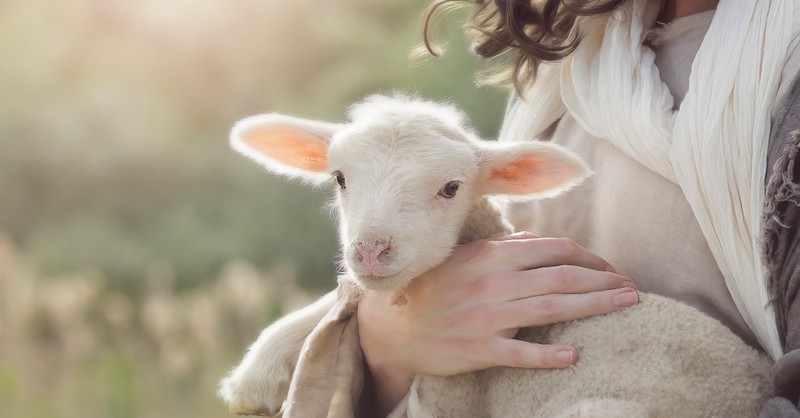 King David knew that our Master (Yahweh) is our shepherd. We all love Psalm 23.

Jesus is the good shepherd. Jesus is not a hired hand. Jesus sacrifices Himself for us. Jesus is with me no matter what.

We are sheep. We need protection. We wander away and get lost. Jesus is so good to us.

Jesus protects us and finds us when we are lost. Jesus does anything necessary to give us life and keep us alive.

By referring to Himself as the True Shepherd, Jesus was invoking imagery that would have been familiar to His hearers. He used the symbols of sheep and their shepherd several times, referring to Himself as not only the “True” Shepherd, but the Good Shepherd (John 10:11), and the Door of the sheep (John 10:7). The three declarations in John 10 present a complete picture of the Lord who is our Shepherd (Psalm 23).

I am the Good Shepherd. The Good Shepherd puts the sheep before himself, sacrifices himself if necessary. A hired man is not a real shepherd. The sheep mean nothing to him. He sees a wolf come and runs for it, leaving the sheep to be ravaged and scattered by the wolf. He’s only in it for the money. The sheep don’t matter to him.

As a sheep, we are a skittish animal and “spook” easily. Because sheep knew the shepherd’s voice, they would calm down and follow him and nobody but him. Several flocks can mix together, and when the flocks’ true shepherd speaks, they separate and follow him.

If a thief comes, the sheep will not follow him because they do not know his voice. At night the shepherd lies down at the gate to the pen, to give his life if necessary to protect his flock. And the thief can only climb in over the fence because the shepherd is guarding the gate. Jesus is the True Shepherd to the sheep (true believers) who are His.

We know Him, we recognize His voice, and we follow only Him. It should be understood that Jesus is “the” good shepherd, not simply “a” good shepherd, as others may be, but He is unique in character.

The Greek word kalos, translated “good,” describes that which is noble, wholesome, good, and beautiful, in contrast to that which is wicked, mean, foul, and unlovely. It signifies not only that which is good inwardly — character — but also that which is attractive outwardly. It is an innate goodness.

In using the phrase “the good shepherd,” Jesus is referencing His inherent goodness, His righteousness, and His beauty. As shepherd of the sheep, He is the one who protects, guides, and nurtures His flock.

Jesus [Yeshua] is stunning in His beauty. I am in awe.

Under the old dispensation, the sheep died for the shepherd; but now the Good Shepherd dies for the sheep! Five times in this sermon, Jesus clearly affirmed the sacrificial nature of His death. He did not die as a martyr, killed by men; He died as a substitute, willingly laying down His life for us.

The fact that Jesus said that He died “for the sheep” must not be isolated from the rest of biblical teaching about the Cross. He also died for the nation Israel and for the world. While the blood of Jesus the Messiah  is sufficient for the salvation of the world, it is efficient only for those who will believe.

Jesus contrasted Himself to the hireling who watches over the sheep only because he is paid to do so. But when there is danger, the hireling runs away, while the true shepherd stays and cares for the flock. The key phrase is “whose own the sheep are not.” The Good Shepherd purchases the sheep and they are His because He died for them. They belong to Him, and He cares for them. By nature, sheep are stupid and prone to get into danger; and they need a shepherd to care for them.

Throughout the Bible, God’s people are compared to sheep; and the comparison is a good one. Sheep are clean animals, unlike pigs and dogs. They are defenseless and need the care of the shepherd. They are, to use Wesley’s phrase, “prone to wander,” and must often be searched for and brought back to the fold. Sheep are peaceful animals, useful to the shepherd. In these, and other ways, they picture those who have trusted Jesus and are a part of God’s flock.

The Pharisees, in contrast to good shepherds, had no loving concern for the beggar, so they put him out of the synagogue. Jesus found him and cared for him.

9 thoughts on “Do we need a good shepherd?”