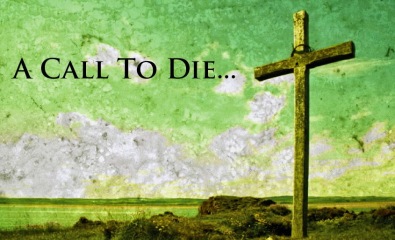 We are so identified with Jesus by the Spirit that we died with Him. This means that we are dead to the Law. To go back to Moses is to return to the graveyard! We have been “raised to walk in newness of life”; and since we live by His resurrection power, we do not need the “help” of the Law.

“I have been crucified with the Messiah; and it is no longer I who live, but the Messiah lives in me; and the life which I now live in the flesh I live by faith in the Son of God, who loved me and gave Himself up for me.

Paul puts the reason we are united in Jesus crucifixion in highly autobiographical and therefore movingly personal terms. It’s that from God’s standpoint (and it’s his standpoint that counts) Paul was crucified when Jesus was crucified, because Paul’s believing in the Messiah made the Messiah the Spiritual habitat of Paul.

The master plan: Thus “living in flesh” means “living by faith in God’s Son” outside the Law’s jurisdiction and therefore where transgressing the Law—that is, the Mosaic law as such—is impossible. The switch from “the Messiah” to “God’s Son” makes the relationship to God of a person in the Messiah by faith, as Paul is, one of sonship too. “Who loved me and gave himself over [to crucifixion] on my behalf” injects into Paul’s theological reasoning a soulful observation on the soulful reason for the Messiah’s crucifixion.

The bottom line: In view of the theological and soulful reasons that Paul has spelled out, he refuses to “set aside the grace of God” by—and for the sake of—rebuilding “works of the Law.” Why? Because if righteousness (in the sense of God’s treating people as righteous) comes through the Law (in the sense of obeying its precepts), “then the Messiah died gratuitously” (in the sense of needlessly).

2 thoughts on “Are believers united with Jesus the Messiah in his crucifixion?  ”